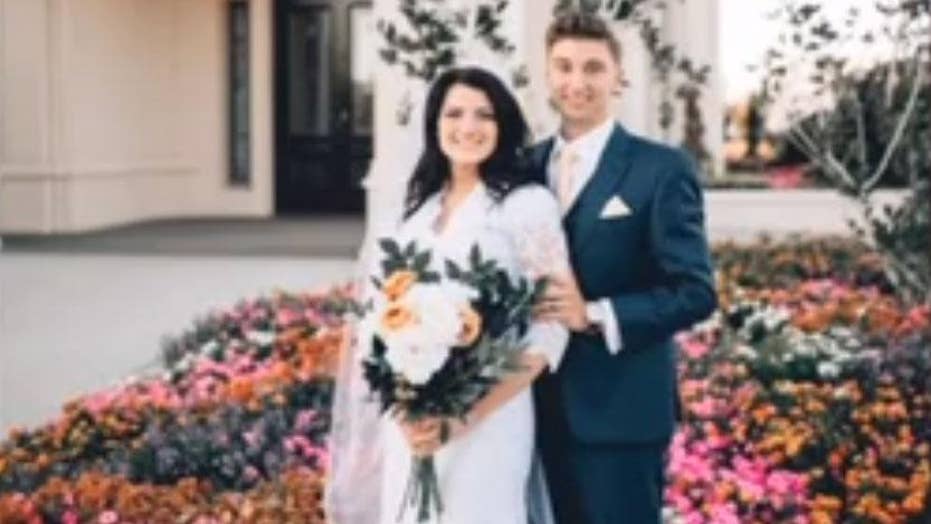 Utah man found in mountains after missing for 5 days

Kaden Laga lived off of berries and bugs for five days until he came across a campsite.

A 25-year-old Utah man who got lost while hiking in Montana survived off bugs and berries for nourishment before he was finally rescued five days later.

Kaden Laga set off on a hike with family members on Aug 11. in the Selway-Bitterroot Wilderness, a mountainous region on the border of Montana and Idaho, promising his pregnant wife, Arden, that he would come home safely.

“She looked at me and said, 'You better promise me that you come home safe,'” Laga told Fox 13.

After his brother's horse went lame, Laga offered to hike ahead of the group and give his horse to his brother, but one wrong turn led him off course and soon he was lost, alone in the wilderness.

"Pretty early on when I realized I was lost I came to grasp with the possibility of me dying and actually came quite to peace with it and was not too worried," Laga told Fox News' Shepard Smith in an interview Tuesday.

"[It] felt like of all the places to die, the Bitterroot Wilderness is the place to do it. But, remembering the promise that I had made to Arden, that I would come home safe and take care of that baby, my mind switched and it was survival mode for the next 5 days after that. The focus was just getting home no matter what."

Still, on one of the coldest nights, Laga feared for his life and wrote his wife a text message on his phone in case his body was found.

"In case I don't make it out of here. I love you. I loved my life with you and I'm so sorry I left you to be a single mom," Laga wrote.

Rescue helicopters flying overhead did not spot Laga, dashing his hopes of being found.

“I’m like, 'This is it, they’re going to get me,' and they just take off into the other direction,” he said.

Still, Laga didn't give up hope, continuing to search for a trail, all the while drinking water from streams and eating grasshoppers that tasted like "unbuttered popcorn."

"I've been in those woods several years so I knew huckleberries and thimbleberries were safe and grasshoppers as well," he said.

Finally, at about 1 a.m. on Friday, Laga stumbled upon a campsite where a couple had left their vehicle's headlights on while they slept.

Laga's wife and family had been praying for his safe return and were overjoyed when they heard that he had been found.

"I had a very frank conversation with God five minutes before we found out that Kaden was safe and alive," Arden Laga said on "Shepard Smith Reporting." "I just said, I need my husband home, and I know you can provide that, and so five minutes later, I heard screaming downstairs that we got a message that he was alive. And, I just fell on my knees and was just sobbing that that was true."

Rescuers took Laga off the mountain by helicopter and reunited him with his family on Friday afternoon.

"Kaden (and I) have been resting and reconnecting since returning and he's doing great," Arden said in a statement posted to a Facebook group set up for the search. "We are expecting some physical and emotional abnormalities to start showing up in the next few days. We had planned a trip to Hawaii 4 months ago that we are still planning to take to help us rest, reconnect and take things easy."

The couple had planned on taking another hiking trip together in Hawaii in two months and said they won't let this experience hold them back.