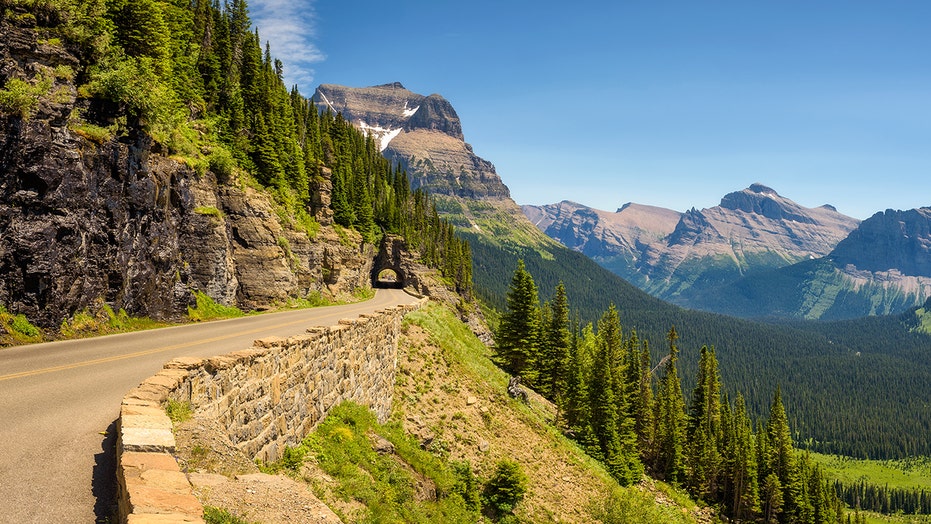 A 14-year-old girl vacationing with her family at Glacier National Park in Montana died Monday after falling rocks hit her vehicle, officials said.

The girl, who was only identified by her age, and four other members of her family, from Utah, were driving on Going-to-the-Sun Road around 7 p.m. when the rock slide occurred near the East Tunnel on the scenic highway.

A 14-year-old was killed on Going-to-the-Sun Road in Glacier National Park in Montana on Monday when falling rocks in her vehicle, officials said. (iStock)

The rocks hit the top of the vehicle, before they shattered on the back windshield, killing the girl. Her parents "suffered significant bruises" and two other kids in the vehicle with minor injuries were transported to a hospital.

Authorities were waiting to identify the girl until family members are notified.

The last fatal injury from falling rocks on the Going-to-the-Sun Road was in 1996. The area was closed on Monday for several hours while park crew cleared the roads.