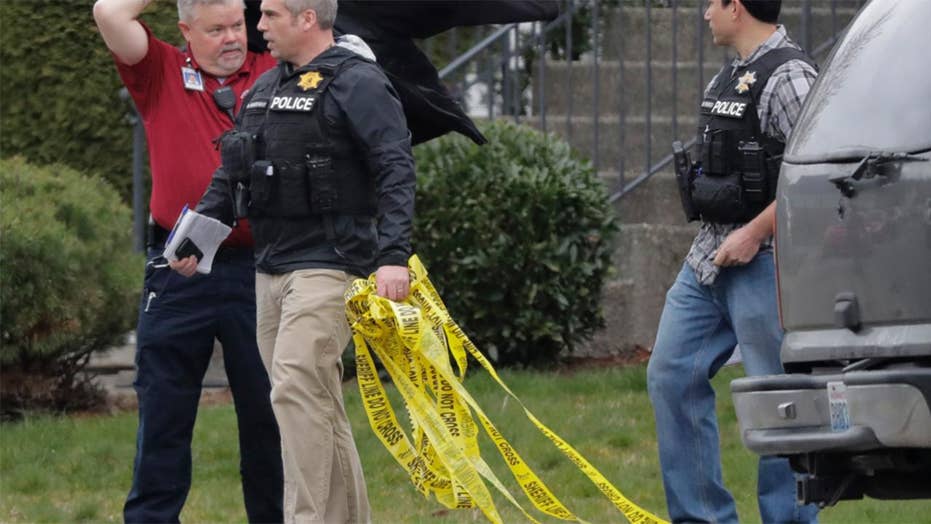 US airman shoots family before killing himself

A member of the U.S. Air Force in Washington state-- who was reportedly despondent over upcoming divorce-- fatally shot his two young children while they slept and his wife before he called 911 and killed himself, authorities said Tuesday.

The Pierce County sheriff’s office said they found the bodies inside a home near Spanaway, about 45 miles south of Seattle. He told an emergency operator that he killed his family.

The victims were identified as Samantha Field, 33, and the couple’s children, 4-year-old Ava and 2-year-old Ashen, according to the county medical examiner’s office. The alleged shooter was Clint Field, 29. He was originally from Florida and his wife was from New Hampshire, the News Tribune reported.

The sheriff’s office said the children were shot while they were sleeping and their mother also was shot in bed. It said Clint Field was stationed at nearby Joint Base Lewis-McChord.

Sheriff’s spokesman Ed Troyer told Seattle-area TV station KOMO that investigators have learned Clint Field had been upset and had a past incident in which he mentioned suicide. Troyer also said family members mentioned that the couple may have had a divorce proceeding about to start.

“We have not been to this house before and there’s no history of domestic violence,” Troyer said.

Daine Patton, who sold the home a year ago to the family, said in an interview that it was a “tragic” situation.

“It really breaks my heart for those kids … to be killed by their father. That’s horrible,” Patton said.