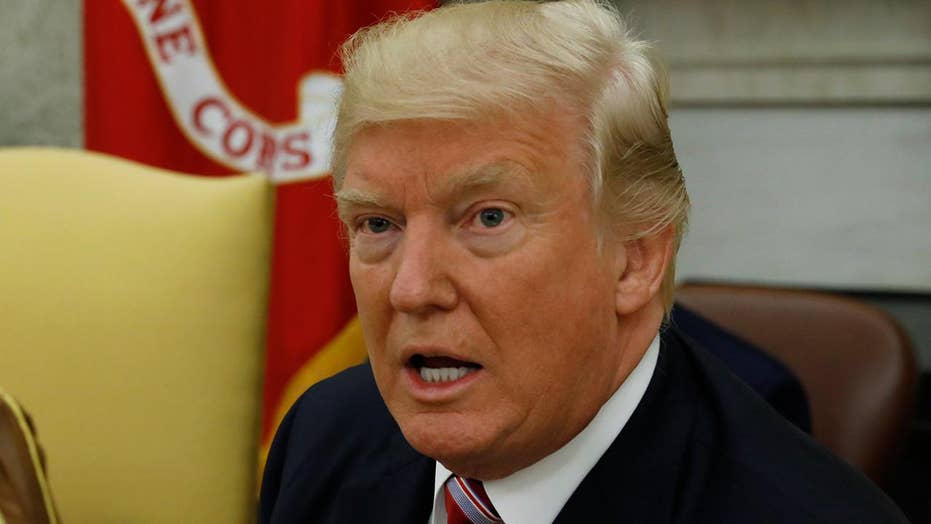 Trump: We are very concerned about Hurricane Irma

President comments on the hurricane as it takes aim at Florida

As Hurricane Irma approached the Florida Keys late Saturday into Sunday, President Donald Trump reassured the nation that response personnel were standing by and “ready” to offer help during the potentially catastrophic aftermath of the storm.

The president is known for his strong and candid presence on Twitter, a platform that allows him to immediately reach his 37.9 million followers with a click of the button.

Over the past few days, Trump has used social media to urge residents in Florida to heed the warnings of government officials -- and get out of the path of what he called a “storm of absolutely historic destructive potential.”

On Saturday, Trump told reporters that his administration and emergency responders were "as prepared as you can be for such an event," Politico reported.

“This is a storm of enormous destructive power and I ask everyone in the storm’s path to heed all instructions, get out of its way," Trump said, during a meeting with his Cabinet at Camp David, Md.

As of 11 p.m. ET Saturday, the National Hurricane Center (NHC) placed Irma about 90 miles southeast of Key West with winds of up to 120 miles per hour. The center said the storm was moving west-northwest at 6 mph and warned of "heavy squalls with embedded tornadoes sweeping across South Florida."