Flaws revealed in impeachment witnesses’ testimony during first day of public hearings
All eyes were on moderate House Democrats in swing districts Wednesday night, after the first day of public hearings in the impeachment inquiry against President Trump wrapped up with no major revelations but also highlighted weaknesses in Democrats' key witnesses, who relied primarily on second-hand information and never once interacted with the president. 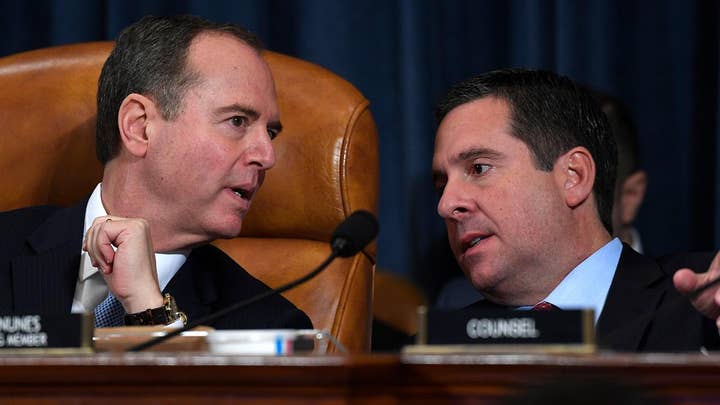 Critics may argue that Democrats' first witnesses failed to directly prove that Trump, in a July 25 phone call, tried to pressure Ukrainian President Volodymyr Zelensky into investigating Joe Biden's family business dealings in the country in exchange for the release of about $400 million in military aid. That might make more moderate Democrats hesitant to impeach Trump.

The House is now composed of 431 members, meaning Democrats need 217 yeas to impeach Trump. There are currently 233 Democrats, so they can't lose more than 16 votes and still impeach the president. The key potential complication is this: Thirty-one House Democrats represent more moderate districts that Trump carried in 2016. 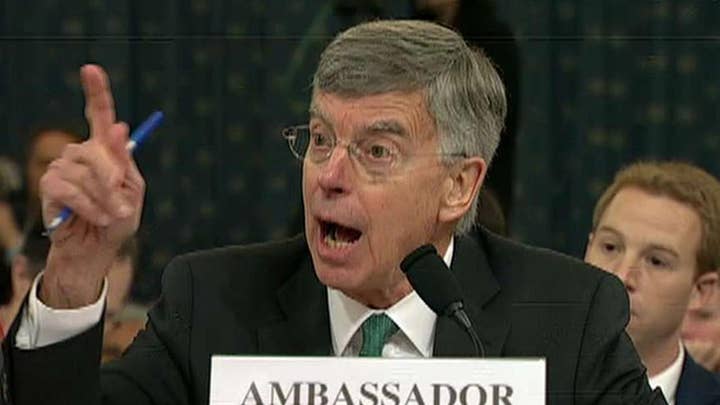 Still, the first day of testimony offered one previously undisclosed allegation. Career diplomat William Taylor, the charge d’affaires in Kiev, asserted that the president was overheard by a member of his staff on July 26 asking EU Ambassador Gordon Sondland about “the investigations." Sondland supposedly responded that “the Ukrainians were ready to move forward.” Taylor said that following Sondland’s call with Trump, the member of his staff asked what Trump thought about Ukraine. 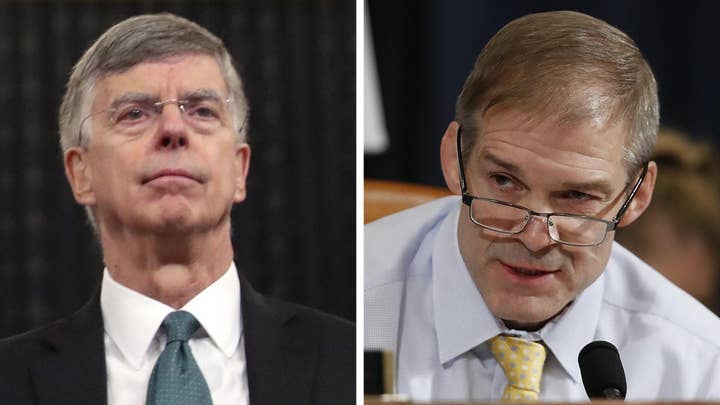 But Republicans pointed out that Taylor's testimony was unverifiable hearsay, several layers deep -- and that Sondland has previously testified that Trump explicitly told him there were "no quid pro quo’s of any kind" with Ukraine.

Not even CNN seemed persuaded. CNN analyst Jeffrey Toobin, a former federal prosecutor, noted that Democrats had a "problem," in that their key witnesses Wednesday had never directly interacted with Trump. 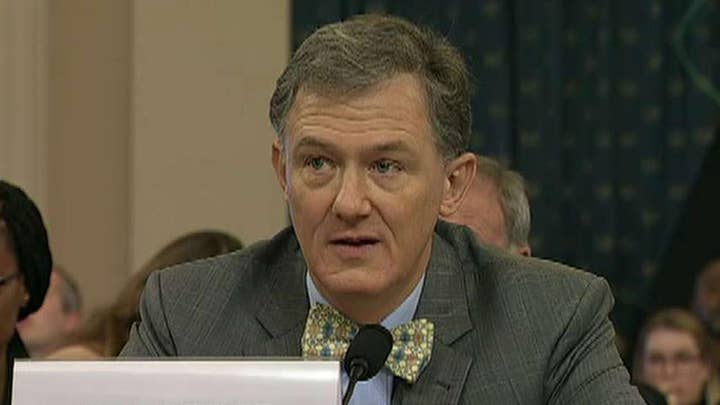 Another key witness for Democrats on Wednesday, George Kent, deputy assistant secretary of state for Europe, appeared to give testimony that supported Trump's concerns about Biden's family dealings in Ukraine. Kent testified that he would “love” to see Ukraine look into the circumstances surrounding the closure of a probe tied to natural gas firm Burisma Holdings, while also raising concerns that Hunter Biden’s role on the board of that firm created the appearance of a conflict of interest. 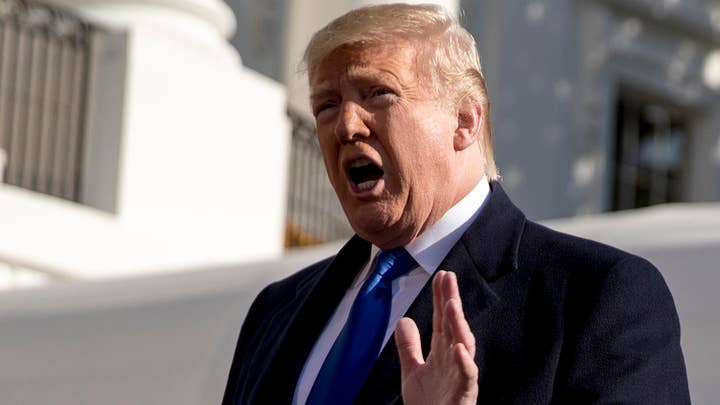 Trump, for his part, said he was too busy to watch Wednesday’s hearing. At a news conference with Turkish President Recep Tayyip Erdogan, Trump called Democrats' efforts a hopeless "witch hunt" and vowed to release another transcript of an earlier call with Ukraine on Thursday. Public testimony in the Trump impeachment inquiry hearing is set to resume Friday with Marie Yovanovitch, a former U.S. ambassador to Ukraine. Click here for more on our top story.

Cease-fire reached with Israel to end Gaza fighting, Islamic Jihad says
The Islamic Jihad militant group early Thursday announced it had reached a cease-fire with Israel. The deal, brokered by Egyptian mediaries, took effect at 5:30 a.m. local time, Islamic Jihad spokesman Musab al-Berim said. The reported truce followed two days of violence that left at least 32 Palestinians dead, according to the Associated Press. Berim said the cease-fire came after his group submitted a list of demands late Wednesday, including a halt to Israeli targeted killings of the group’s leaders and an easing of Israel’s 12-year blockade of Gaza.

NASHVILLE, TENNESSEE - NOVEMBER 13: (FOR EDITORIAL USE ONLY) Carrie Underwood performs onstage during the 53rd annual CMA Awards at the Bridgestone Arena on November 13, 2019 in Nashville, Tennessee. (Photo by Terry Wyatt/Getty Images,) (Getty)

With a history-making opening that paid tribute to women in country music, the ladies started the CMAs by singing to Parton's "Those Memories of You," before Little Big Town joined Parton onstage to pay tribute to 87-year-old country music icon Loretta Lynn -- who was also in attendance. The dose of girl-power continued with Tanya Tucker also taking the stage to perform "Delta Dawn." Gretchen Wilson was also on-hand to perform her rowdy "Redneck Woman." Crystal Gayle, the Highwomen, Sara Evans and more later joined before the group concluded with Martina McBride's "Independence Day." Click here for the complete list of winners at the CMAs.

THE LATEST FROM FOX BUSINESS
Amazon, Facebook and Google to face another House inquiry.
WeWork’s loss balloons to $1.25B: Wall Street Journal.
These states are the best, and worst, at managing money. 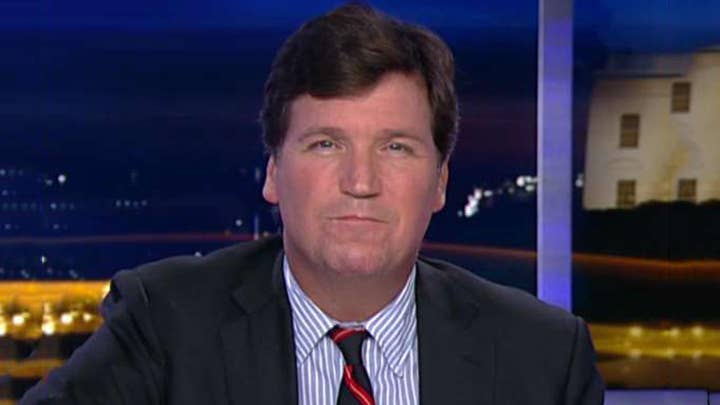 Tucker Carlson argues that the first day of public hearings in the Trump impeachment inquiry shows that Democrats have no actual "master plan" to impeach the president.