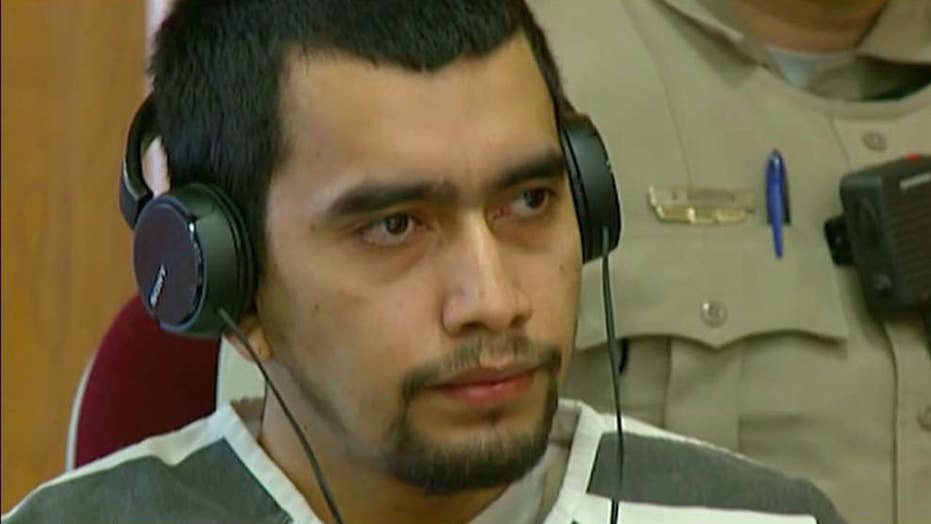 Defense attorneys argue that some evidence should be thrown out because officers didn't properly read the suspect his Miranda rights; Matt Finn reports from Iowa City.

At this week’s suppression hearings in Poweshiek County, a judge heard arguments from both sides on whether the confession from Tibbett’s alleged killer, 25-year-old Cristhian Rivera, will be useable in court.

Rivera’s attorneys have filed motions to suppress Rivera’s confession and have also implied that detectives used improper tactics during questioning, including not advising him of his right to an attorney and that what he says could be used against him in court.

A state witness with the Iowa Division of Criminal Investigation, Trent Vileta, testified that he could “not imagine” anyone coming up with that idea.

In court, the state’s first witness, Poweshiek County Deputy Steve Kivi, testified that when Rivera led them to Tibbetts' body in a cornfield on August 21, she was lying on her back in her pink jogging top and black shorts, her legs spread, and her body partially covered with corn leaves and stalks. Electronics, including her phone, were not found.

Kivi said many local farmers called authorities because they were nervous they would stumble upon Tibbetts' body in their field.

“No one wanted to be the one that was going to find her,” Kivi said on the stand.

Vileta testified that Rivera admitted to police that he spotted Tibbetts when she was jogging and liked the way she looked. A black Chevrolet Malibu believed to be driven by Rivera was spotted on surveillance circling Tibbetts as she jogged. Her blood was discovered in the car’s trunk.

Rivera’s defense attorneys have argued that while he was being questioned, he showed signs of being confused and exhausted and might have even fallen asleep. The suspect’s attorneys also questioned why investigators brought Department of Homeland Security agents with them to Rivera’s workplace. Kivi testified that the federal agents were there because they were fluent in Spanish and more familiar with Mexican workers in the area.

The hearings are expected to last two or three days. The judge has weeks to decide how much of Rivera’s alleged confession can be used in the murder trial scheduled for February.