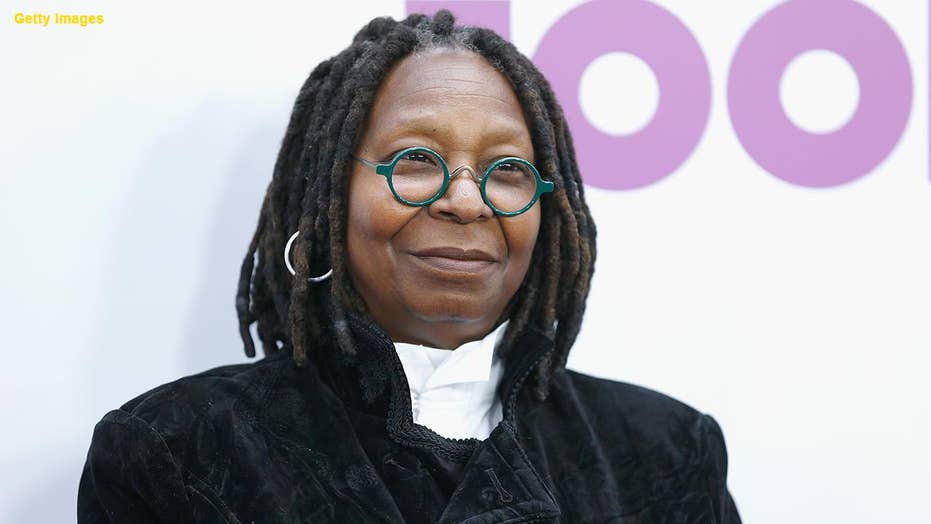 Whoopi Goldberg provided an update about her health via a prerecorded video on ‘The View’s’ Friday morning's episode, telling her fans since being diagnosed with pneumonia she ‘came very close to leaving the earth.’

Whoopi Goldberg doesn't think her job as a co-host/moderator of "The View" is stressful.

The 63-year-old daytime talk show veteran appeared on "Late Night with Seth Meyers" Monday night and chatted about misconceptions viewers have about the show.

"Here's the thing, I don't often have much to say," she said in reference to Joy Behar and Meghan McCain's regular debates. "I've been there for almost 10 years. Everyone has what they need to do, and folks, when it's women they say, 'You know, they're fighting.' You know, if we were fighting, you'd actually know it."

Goldberg insisted all the women are able to leave their disagreements at the table.

"We're like old broads," she joked. "We're like, pow! [throws a punch] We're not like, 'Stop it, you're so mean to me.' We don't do that. We will slap you into next week. If we were truly fighting, there would be issues."

"But, you know, it is living with other people that are not you," Goldberg explained. "They think differently, they want to say different stuff and I figure, that's OK, they're trying to do their gig too because, after all, this is our day job where they're paying us for our opinions so that's what they do."

"Sometimes it gets heated," she admitted. "I've had fights with husbands and lovers and all kinds of stuff that have gone way further out the deck."

WHOOPI GOLDBERG WANTS THIRD 'SISTER ACT': PEOPLE TELL ME 'NO ONE WANTS TO SEE IT'

McCain and Behar often make headlines for their completely opposite political opinions but the 35-year-old and the 77-year-old recently revealed to Entertainment Tonight in an article marking the series' 5,000th episode that they're actually really good friends.

"I trust being on-air with you and very serious topics and intense topics, and things that are hard to talk about," McCain said. "And that only comes over time. But I wish people would give us a break too because ... I don't think men would be subjected to the same bulls--t you and I are subjected to."

McCain confessed reports of her and Behar not liking each other in real life really bother her -- "It really hurts my feelings!"

"It genuinely hurts my feelings because our dressing rooms are next door to each other and you and I have the same emotional reaction to things -- sometimes in different ways -- but we're both upset equally, the equal amount of the same things. And I wish people would give us a break, for real," she said.

Behar added that she has "respect" for McCain because " we don't sugarcoat it, we go right in it. And I think that's what we have in common."