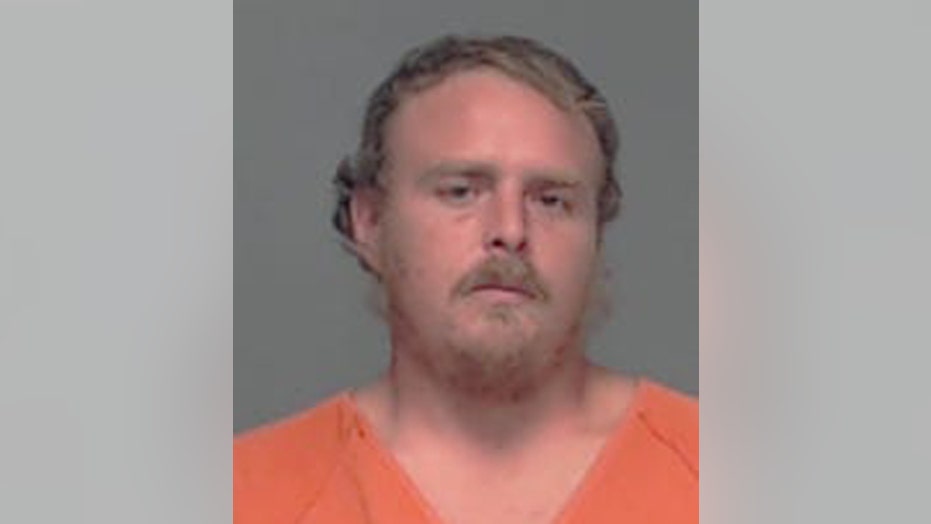 A Texas man was arrested on child abuse charges after he allegedly used a dog leash to tie a 6-year-old to a garage door and hit the child with a hammer, resulting in visible “contusions” to his legs, police said.

Ronnie Shane Winans, 25, was arrested on suspicion of injuring a child with intent to commit bodily injury last week after a days-long investigation by the Tom Green County Sheriff’s Office found that he repeatedly abused a family relative over an undetermined period of time, the San Angelo Standard-Times reported.

According to an affidavit obtained by the paper, police went to a residence on August 8 after receiving a report about child abuse in the home. A woman claimed that she noticed her son had visible bruises on both legs but the boy wouldn’t say how he got them.

The responding officer took a look at the marks and noticed several linear bruises that were “consistent with blunt force trauma,” court documents revealed.

During his observations, the victim reportedly told the deputy that a male relative “tied him to a door with a dog leash.”

The following day, a second witness spoke to investigators and alleged that the boy was tied to a garage door by the waist while a man, later identified as Winans, went to the store. Winans told police in a subsequent interview that he did tie the boy to a leash but only “in an attempt to keep him from leaving the corner,” the Standard-Times reported.

He claimed the leash “was not tight.”

But a court affidavit stated that the boy told police the leash was so tight he “could not breathe.” It reportedly left a temporary mark on the victim's waist. A witness told police that the boy was tied up for “maybe 15 minutes.”

Other reports of abuse surfaced during the police investigation. The boy claimed that clothes hangers and bottles were thrown at him but he declined to say why, telling authorities only “I was just asleep … and things happen.”

A witness told police that she also witnessed Winans allegedly hit the child on his legs using the handle of a hammer, according to the affidavit.

A search of the home turned up both a leash and a hammer that matched the descriptions of the objects allegedly used to harm the child, with one officer noting that the handle of the hammer “was consistent with the size and shape of the contusions” on the boy's legs.

It was not immediately clear what the relationship between Winans and the victim was, but court documents obtained by the Standard-Times quote the boy referring to the suspect as “Daddy.”

If convicted, Winans could face up to 10 years in prison.