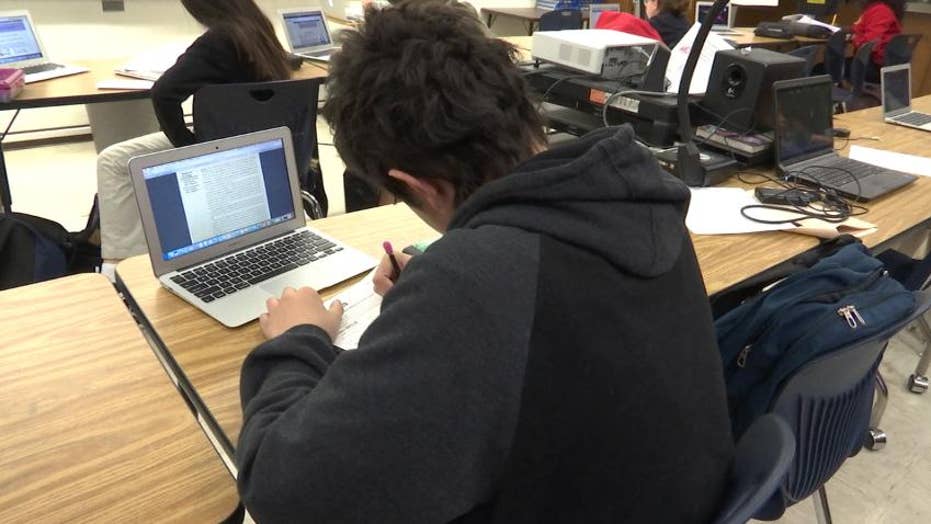 A new bullying law gives educators authority over bullying that happens off campus and online, even if the bully is in their own home.

Armed with a new state law that gives them more enforcement teeth, school officials in Texas are stepping up their fight against online bullying.

In the past, their authority had a more concrete limit – the beginning and end of the school day. Now, school officials can discipline students for messages they send sitting in their own bedroom.

“With the legislation, if anything occurs outside the school setting, but it interferes with the education environment of the student during the school day, even though it occurred outside school hours, it can be addressed,” said Manuel Castruita, who runs counseling for the El Paso Independent School District.

David’s law, as the bill is called, was enacted this school year and EPISD has already used it to address bullying dozens of times. The bill cruised through both houses, passing 130 to 11 in the house and 31 to 0 in the Senate.

Castruita said the bill allows schools to take a big brother approach to bullying, but could ultimately improve a child’s life and school experience. There is strong support for the bill – but it’s still unclear how effective it will be.

“I don’t want my child to be bullied when she’s at home and have to miss school because they’re sending her messages through the Internet or social media,” said Hugo Jaramillo, a parent of a middle school student.

Many students also say they are in favor of the bill.

“I think they should get involved, due to the fact that it could save somebodies life one day,” Meraz said.

David’s law addresses many of those issues. The law requires district’s to set up a policy for reporting bullying and makes counseling available for students. It also requires administrators to inform the parents of both the bully and the victim about incidents.

The law also changes how schools investigate bullying. In the past, counselors could only investigate and build a case against someone they are told is bullying. Now administrators investigate can scroll through public social media messages to see who is acting aggressively against others.

“As students engage in behaviors, whether they’re appropriate or not, many times they’re not realizing the consequences that can come with that,” said Castruita.

The bill also makes it a misdemeanor to tell students to harm or kill themselves.

“There’s some kids out there that are at a breaking point and once somebody says to go kill themselves, that’s what they do,” said student Orlando Martinez.

Martinez admits he’s been both the bully and the victim. He’s being raised by his grandmother, who said administrators need to get involved outside of school because sometimes, the parents are the problem.

“The kids mimic what they see at home,” said Sandra Negrette.