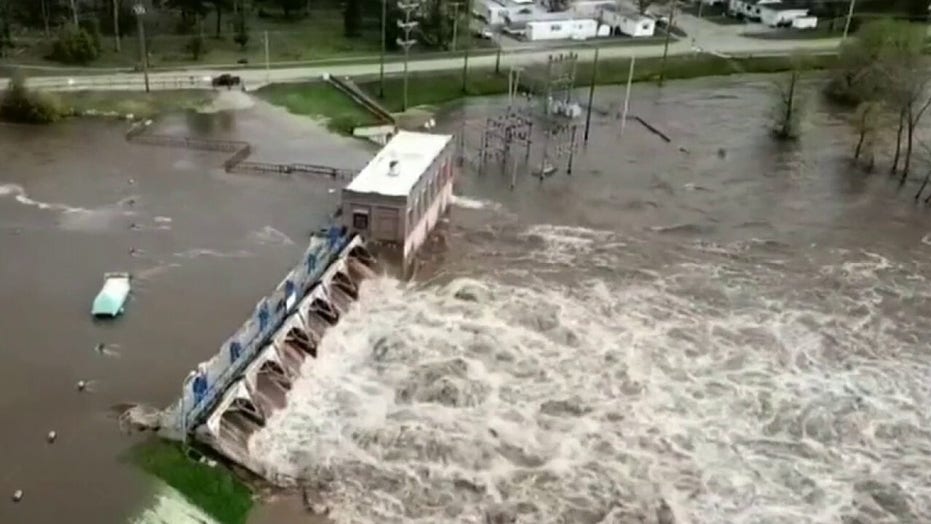 Following a state of emergency declaration from Michigan Gov. Gretchen Whitmer on Tuesday due to flash flooding, state officials are warning residents to remain vigilant as more danger might still lie ahead.

Whitmer issued a state of emergency for Midland County after two dams were breached in the area, forcing the evacuation of about 10,000 people in mid-Michigan.

“If you have not evacuated the area, do so now and get somewhere safe,” she said late Tuesday night. “This is unlike anything we’ve seen in Midland County."

Flood warnings in Michigan were issued following widespread rainfall of four to seven inches since Sunday, according to the National Weather Service. Heavy runoff began to push rivers higher, Fox 2 reported. The Tittabawassee River topped a 1986 record of 33.9 feet and is expected to crest at about 38 feet.

Floodwaters surged through Central Michigan on Wednesday and were beginning to mix with containment ponds at a Dow Chemical plant, which could end up displacing sediment from an Environmental Protection Agency (EPA) Superfund site, according to The Associated Press.

Dow Chemical reportedly said there is no risk to people or the environment. They claimed the ponds only hold water and that there were no chemical releases from the plant. 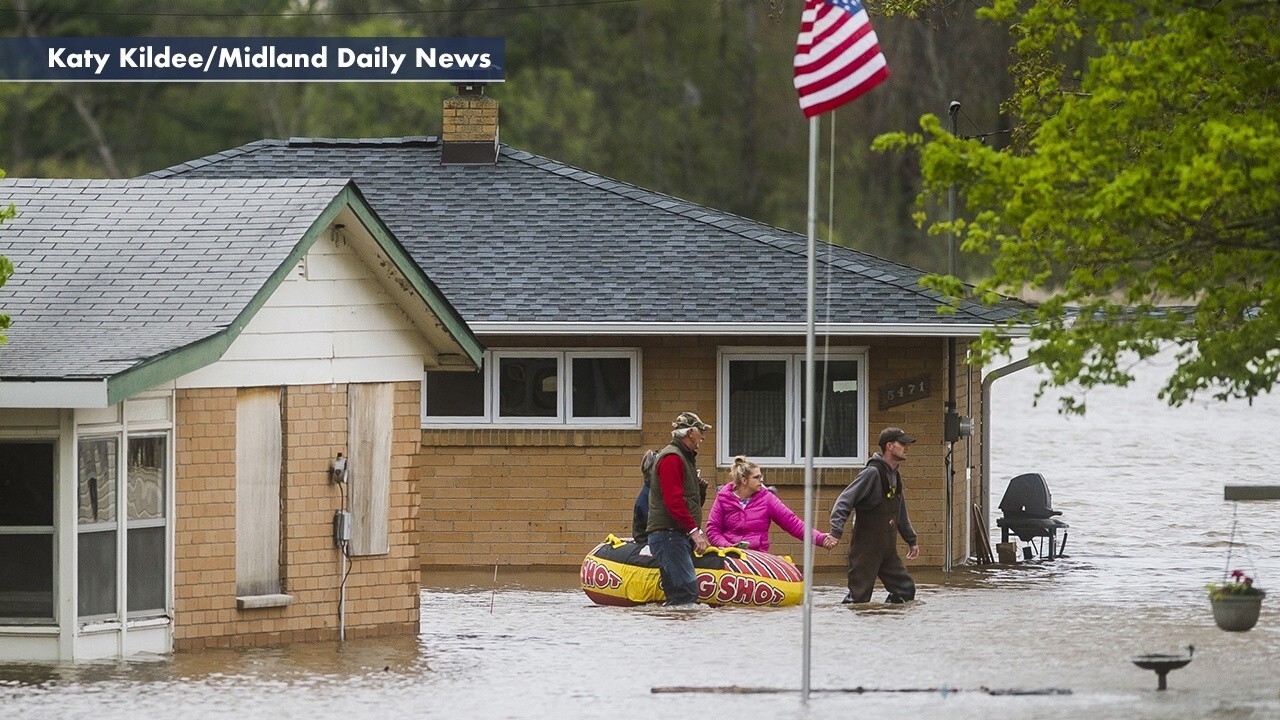 After flooding recedes, Dow will be legally required to assess the Superfund site to see if, in fact, any contaminants were released, The AP reported.

Whitmer warned that the flooding could reach unprecedented levels as the crisis continues. "We are anticipating a historic high of water level," she said Tuesday.

Residents in Edenville and Sanford counties were told by local law enforcement to evacuate. Both south and west sides of the city of Midland were evacuated, as well as the village of Sanford and the Dow Chemical plant. Officials are in the process of evacuating Tittabawassee Township, Thomas Township and Saginaw Township.

No injuries or fatalities related to the flooding have been reported, according to Midland spokeswoman Selina Tisdale.

In Edenville, Bob Yahrmarkt, 79, told The AP he evacuated his home Tuesday and couldn't comprehend what he saw when he returned on Wednesday.

"I'm looking at a sand pile and concrete where the garage was," he said.

President Trump tweeted about the flooding earlier on Wednesday and tied it into the hotly contested COVID-19 stay-at-home orders that were issued by Whitmer. He said she must release residents to allow them to help with the weather emergency.

"We have sent our best Military & @FEMA. Teams, already there. Governor must now 'set you free' to help. Will be with you soon," the commander in chief tweeted.

Whitmer also said the state would be launching an investigation into the operators of that dams that failed to discover what went wrong. She called the event a once-in-500-year occurrence.

"I think like everyone it was hard to believe we're in the midst of a 100-year crisis, a global pandemic and we're also dealing with a flooding event that looks to be the worse in 500 years," she added.

Fox News' David Aaro and Travis Fedschun contributed to this report, as well as The Associated Press.