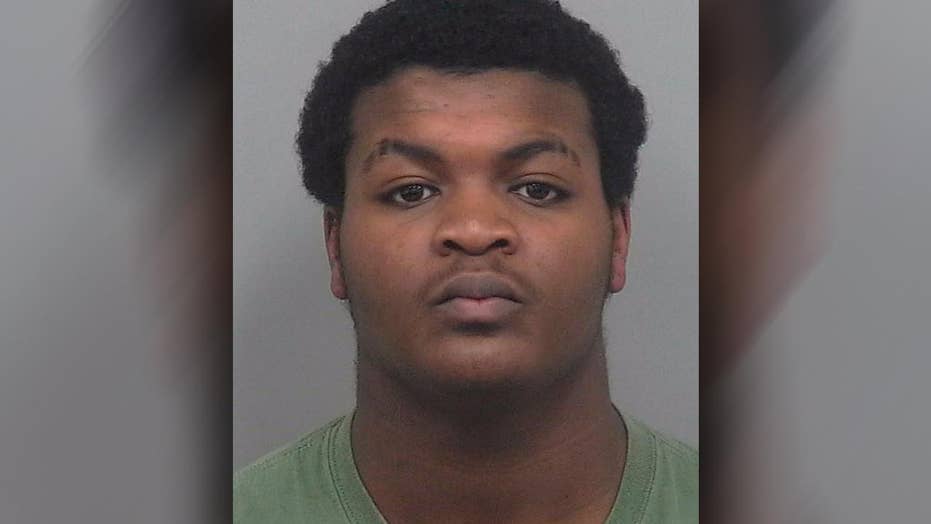 A manhunt is underway for a Georgia teen who has been accused of shooting and killing a police officer.

An 18-year-old man wanted in the murder of a Georgia cop was shot and killed by police Monday after they encountered him holding a lawnmower blade in a shed, police said, ending a massive manhunt two days after the 30-year-old officer was murdered.

Authorities located Tafahree Maynard on Monday morning after officers began investigating a tip the suspect was spotted in the Snellville area within the last 12 hours. Officers encountered Maynard in a shed and he “failed to comply" with verbal commands, Police Chief Butch Ayers said in a news conference on Monday.

An officer reportedly deployed a Taser and found Maynard was holding a lawnmower blade behind his back, leading to a second cop firing his gun. Maynard was pronounced dead at the scene.

"I would like to say that the danger to the community is over," Ayers said.

Maynard, who was considered armed and dangerous, is accused of shooting Gwinnett County police officer Antwan Toney, 30, who was responding to a suspicious vehicle parked near Shiloh Middle School on Saturday. The deadly shooting sparked a massive manhunt.

The bullet missed Toney’s bulletproof vest and hit him directly.

“Other responding officers returned fire and pulled Ofc. Toney to cover,” police said Saturday. “The suspect vehicle fled the scene; it is unknown if anyone in the vehicle was struck by return fire.”

Toney was taken to the hospital where he later died.

“He was a shining, bright star in the Gwinnett County Police Department," Ayers said Monday after announced Maynard was killed. "The people that worked with Officer Toney on a daily basis recalled a very jovial person who was dedicated to his job and dedicated to his community."

Maynard remained at large after the shooting while a second suspect, 19-year-old Isaiah Pretlow, was arrested and charged with aggravated assault related to a separate incident following Toney's fatal shooting.

Ayers said what "prompted Mr. Maynard to fire we may never know," but noted there were four firearms and drugs found in his car the day of the fatal shooting. There were three people in the vehicle. He added that authorities will be looking for anyone who possibly helped Maynard evade authorities.

Toney was six days away from celebrating his third year with the department when he was killed. Originally from Southern California, he previously worked as a security guard before joining the Gwinnett County Police Department in 2015.

"Antwan knew he wanted to be a police officer since he was a child. He had cop figurines, police cars. He used to roll around the house all the time," Toney's sister Carla Johnson told FOX5 Atlanta.

A visitation will be held Tuesday and a funeral Wednesday for Toney.