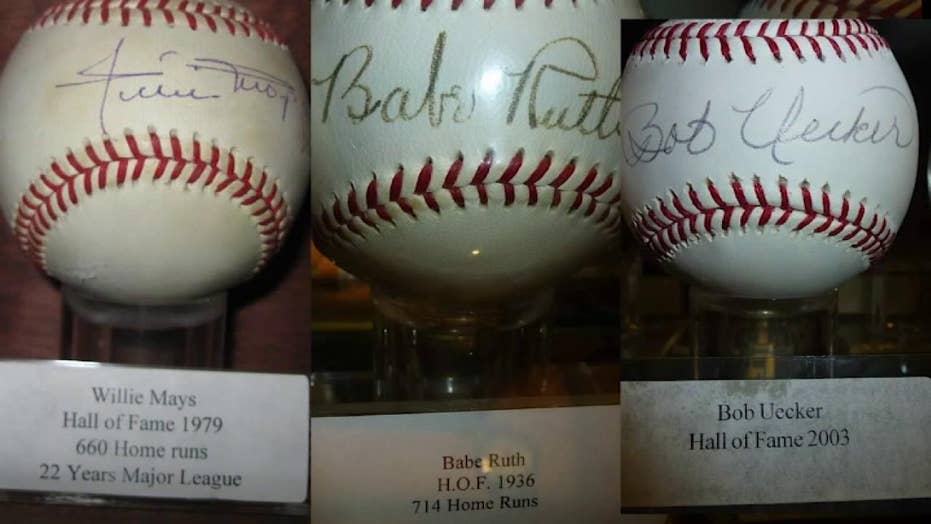 The one-of-a-kind nature of the balls will make it difficult for any thief to turn a profit.

Officers responded to a burglary alarm at Don & Charlie's Restaurant, where they found the glass front door smashed and the baseballs missing from a trophy case, Fox 10 reported.

Investigators estimated the balls were worth between $200,000 and $600,000. No arrests have been made and police said they did not have any information about potential suspects.

The restaurant, long a favorite of baseball fans making the pilgrimage to Arizona for spring training, is scheduled to close April 10. AZCentral.com reported that longtime owner Don Carson agreed to sell the property in February 2018 to make way for the development of a hotel.

"It's not a question of the age of the restaurant," Carson told the outlet earlier this month. "It's a question of my age, that's a factor."