A mother-of-four from Fairfax, Virginia, blames school boards and teachers' unions across the country for the decline in students' math and reading scores.

Seattle education officials canceled classes again for Tuesday as negotiations continue with the teacher's union, which has so far postponed the start of the school year.

"We continue to negotiate with Seattle Education Association (SEA) for an educators' contract," Seattle Public Schools posted to its website Monday.

Classes were slated to begin on Sept. 7 but that was put on hold after educators in the union voted a day earlier to authorize a strike, impacting roughly 50,000 students.

CALIFORNIA ANNOUNCES SCHOOL REOPENING DEAL, OFFERS $6.6B TO DISTRICTS THAT REOPEN BY THIS DATE

Seattle Public Schools canceled classes for Tuesday, delaying the start of the school year by five days amid negotiations with the teacher's union.  (FOX 13)

"No one wants a strike," SEA President Jennifer Matter said in a virtual message posted to social media at the time. "SPS has given us no choice because, again, we can't go back to the way things have been, and we need to fight for something better."

The union is seeking pay increases and district policies to cap employee workloads. The contract with the district expired last month. City officials initially offered a 1.1% increase over the state-mandated 5.5% cost of living raise, but the SEA rejected the offer. Union leaders also say they want the city to hire more teachers to increase diversity.

The district said the union rejected a memorandum of understanding, which would have allowed school to start on-time while negotiations continued between the groups. 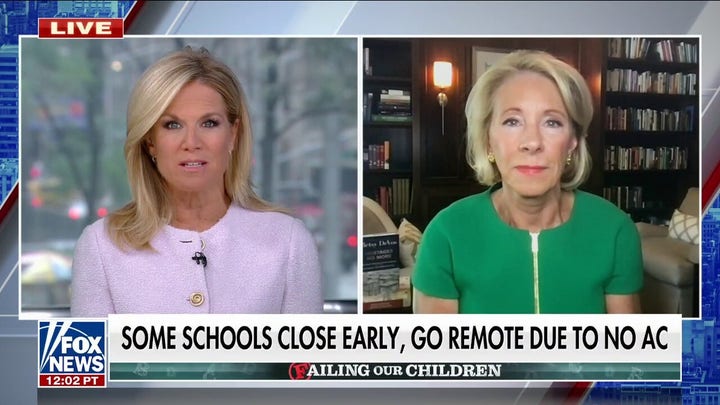 In an effort to assist families struggling to find childcare as schools remain closed, Seattle Parks and Recreation has reportedly partnered with the Associated Recreation Council to offer community centers as recreation hubs beginning Monday.

Anders Hagstrom contributed to this report.