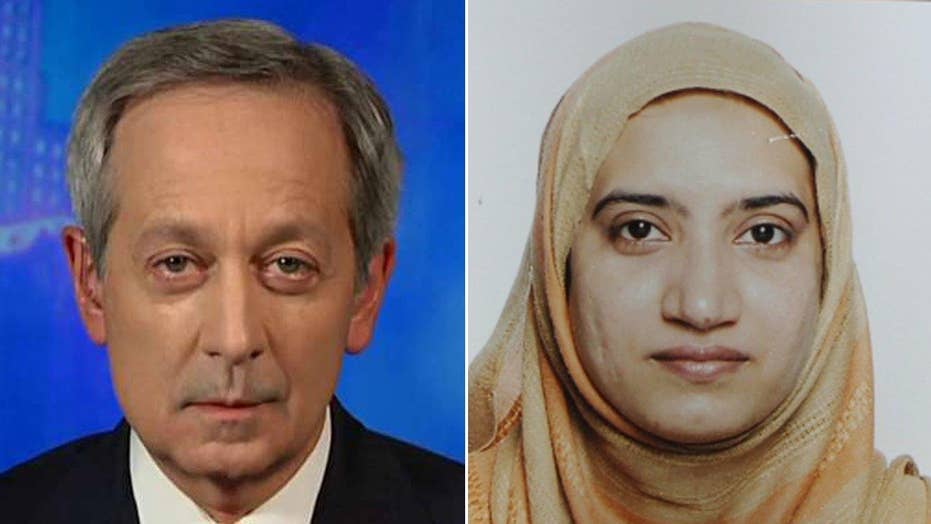 New questions about how thoroughly Tashfeen Malik was really vetted

The Muslim couple who killed 14 people when they opened fire at a San Bernardino, Calif.  holiday party earlier this month were buried Tuesday at a funeral guarded by FBI agents, Reuters reported Wednesday.

Syed Farook and Tashfeen Malik were reportedly buried in a Muslim cemetery hours away from San Bernardino in a ceremony attended by about 10 people, including members of Farook’s family and people who used to pray with the couple at mosques.

An attendee told Reuters it took a week to find a graveyard willing to accept the bodies of the jihadi couple who were killed in a gun battle with police.

According to Reuters, the funeral followed traditional Islamic rituals, where the bodies were cleansed and wrapped in white cloth and buried.

Most Muslims in the San Bernardino community refused to attend burial or perform funeral prayer.

“I don’t forgive him myself,” a mosque-goer who did not attend the funeral told Reuters. “I pray mercy for him, and we Muslims know God is merciful. But he’s also just.”

Farook and Malik’s rampage on Dec. 2 killed 14 and wounded 22 others at a holiday party for county workers at a Southern California social services center.

The Inland Regional Center in San Bernardino said Wednesday that repairs to two buildings should be completed by Jan. 4. But the building that houses a conference center where the shooting took place has substantial damage, and is closed indefinitely.

The other buildings received some damage as police searched them. They were locked down after the Dec. 2 shooting for repairs and a subsequent investigation.