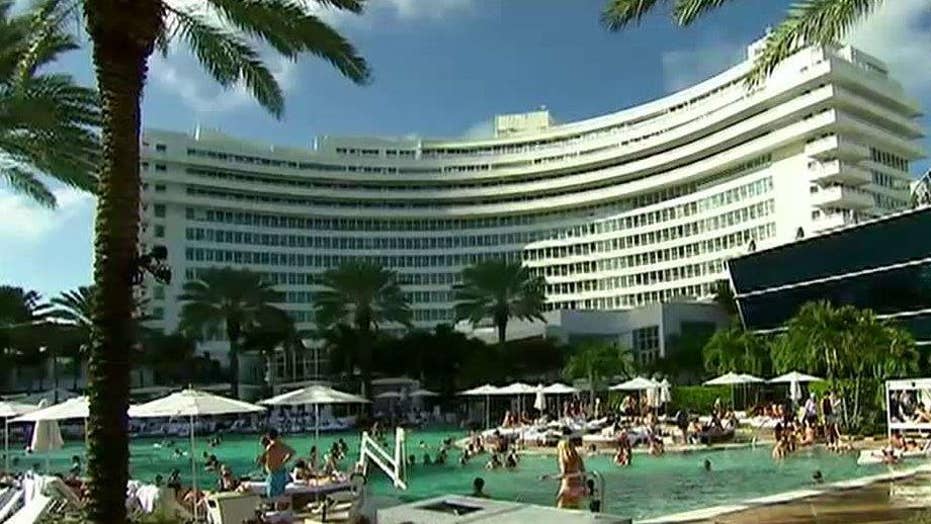 Before they face off at the next Republican debate, some of the heaviest hitters of the 2016 primary showdown are spending New Year’s Eve with Kimberly Guilfoyle and Eric Bolling on Fox News Channel’s All-American New Year.

Guests include senators, a governor and a businessperson looking to shake up presidential politics as an outsider – that’s right, Carly Fiorina is on board.

Fiorina, Donald Trump and Dr. Ben Carson are slated to join The Five cohosts live, and New Jersey Gov. Chris Christie, Sen. Marco Rubio, R-Fla., and Sen. Rand Paul, R-Ky., are among others expected to be a part of the festivities Thursday night into Friday morning.

At this time next year, one of those hopefuls joining Guilfoyle and Bolling could be preparing to move into the White House.

Trump is anticipated to join the broadcast near the Midnight mark, apparently looking to get a jump on 2016 headlines the way he dominated political news in 2015.

But Trump doesn’t have a monopoly on 2016 storylines, and some of those other narratives could be addressed Thursday night.

Carson had three top staffers resign earlier in the day, another potential blow to a flagging campaign that nevertheless has raised huge sums of money. Will a new year provide a new route for the neurosurgeon to get back to the top of the polls?

Christie, Rubio and Paul have all scuffled with one another on the debate stage, and as the Iowa caucus and New Hampshire primary each grow a day closer, those scraps may become more prevalent.

It’s not just politics as 2016 winds down, however.

The eyes of the world will also be on the millions of people packed into Times Square looking to watch the ball drop and ring in the New Year as Midnight hits the East Coast. The world will also be watching to see if New York’s stepped-up security proves as effective as officials have said it will be.

Oh, and that next Republican debate? That’ll be Jan. 14 in South Carolina on Fox Business Network.