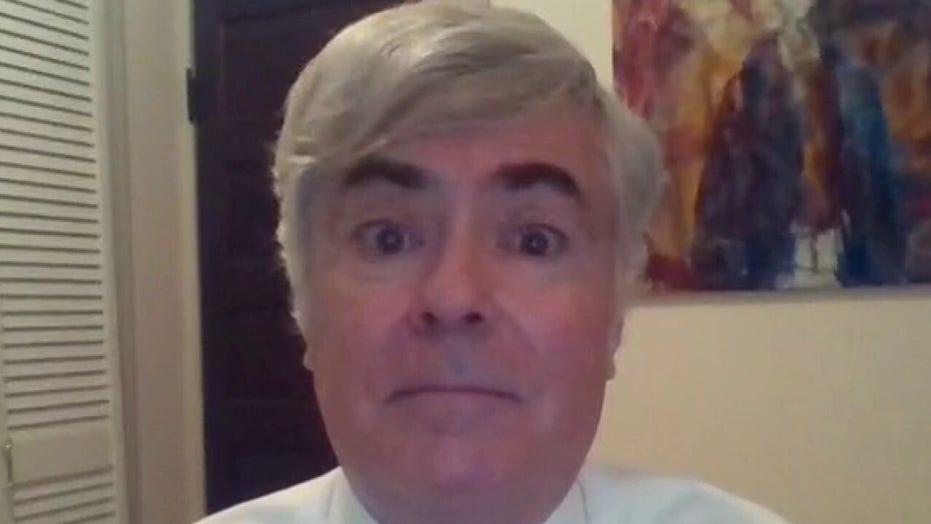 James Buchal files a federal lawsuit against the Portland-area DA.

Portland protesters – who took a brief hiatus last week due to wildfire smoke after more than 100 consecutive days of demonstrations – resumed with a candlelight vigil Saturday to honor Ruth Bader Ginsburg before some then vandalized shops and smashed store windows.

Around 200 people gathered at about 9 p.m. Saturday in the South Park Blocks near Southwest Jefferson Street and Southwest Park Avenue. They marched through the streets for several hours, “stopping at various locations to demonstrate and in some cases damage property and apply graffiti,” the Portland Police Bureau said in a press release. Some demonstrators broke windows on businesses, including a bank and restaurant, as seen in photos released by police.

Photos shared on social media showed demonstrators set up candles to honor Ginsburg, who died Friday at her home in Washington, D.C., after a battle with pancreatic cancer. Her death leaves a Supreme Court justice seat vacant fewer than two months before the presidential election, allowing President Trump the option of ushering in a conservative justice to hold lifetime tenure before his time in office is challenged by Democratic candidate Joe Biden.

Crowds arrived at the Gus J. Solomon United States Courthouse, which was spray-painted with graffiti, including the message ACAB, the acronym meaning “All Cops Are Bastards,” KGW reported.

The group also moved in front of the Multnomah County Justice Center, where protesters back in July frequently hurled Molotov cocktails and other projectiles at federal officers sent to protect federal properties.

Portland police officers engaged with the crowd around 1:30 a.m. Sunday to move them off of Southwest 2nd Avenue in front of the Justice Center to allow officers at Central Precinct to change shifts. This time, the police bureau said "there was no violence from the crowd, therefore no force or munitions were used by officers" and officers soon disengaged after their shift change.

No arrests have been made, police said, adding that the vandalism remains under investigation.

This comes after 11 people were arrested in Portland during a protest outside Immigration and Customs Enforcement (ICE) and Homeland Security offices on Friday. Police declared an unlawful assembly and made 11 arrests after some in the crowd “engaged in criminal activity, including throwing items at officers,” the bureau said in another press release.

Portland Mayor Ted Wheeler, a Democrat, said earlier Saturday that the Portland Police Bureau abided by his order banning tear gas for crowd control Friday night during a protest in the South Waterfront neighborhood. The mayor and Portland Police Chief Chuck Lovell previously clashed over the use of CS, or tear, gas to disperse crowds during events that may threaten life safety.

Meanwhile,  Attorney General William Barr has been pushing U.S. attorneys to bring federal charges in protest-related violence whenever they can, and a Justice Department memo sent to federal prosecutors Thursday cited as a hypothetical example “a group has conspired to take a federal courthouse or other federal property by force.”

DOJ officials were also exploring possible criminal or civil charges against local officials in Portland, specifically looking at how they “were handling, or not handling” the riots and violence that gripped the city for months, spokeswoman Kerri Kupec told Fox News.