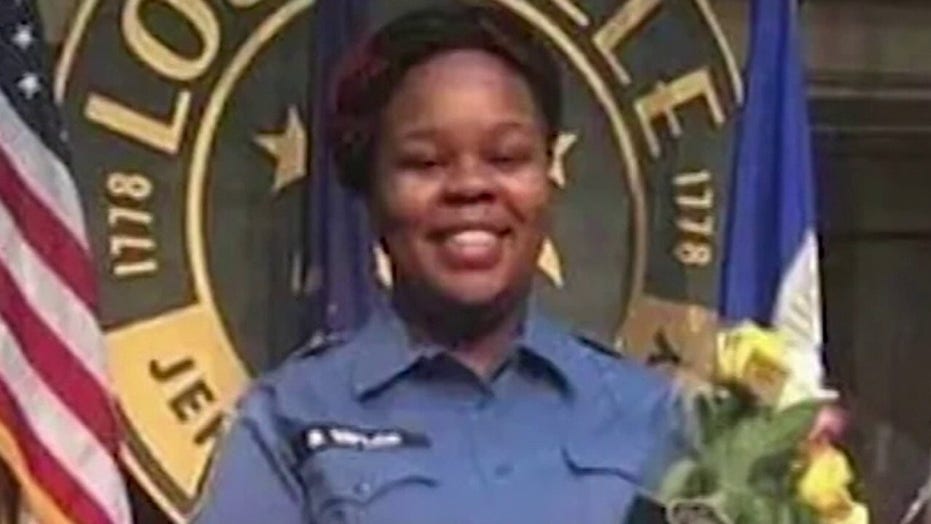 At least two federal buildings in Louisville, Ky., will be closed to the public this week amid widespread anticipation that the state will decide whether to bring criminal charges against the officers involved in the Breonna Taylor shooting.

The downtown federal courthouse and attached offices were being boarded up Sunday ahead what could be a controversial grand jury decision.

Protesters and the attorney representing Taylor’s family have demanded that all three of the officers involved in her fatal shooting in March be charged with at least second-degree manslaughter. But legal experts tell Fox News it’s possible some of the officers will not face homicide charges.

The Gene Snyder U.S. Courthouse and Customs House will be closed to the public Sept. 21 -25, according to an order signed Friday by Chief Judge Greg N. Stivers, of the U.S. District Court for the Western District of Kentucky.

In-court appearances scheduled during that time will be converted to video conference proceedings at the discretion of the presiding judge.

BREONNA TAYLOR'S EX-BOYFRIEND OFFERED PLEA DEAL REQUIRING HIM TO SAY SHE WAS PART OF HIS 'ORGANIZED CRIME SYNDICATE,' LAWYER CLAIMS

The order did not give a reason for the temporary closure but said it came at the request of the General Services Administration, which manages the buildings. The U.S. Citizenship and Immigration Services Office in Louisville will be closed Sept. 21-25 “due to a court order,” according to the agency’s website.

An unnamed courthouse official told the Louisville Courier-Journal that the buildings would be closed this week in anticipation of a major announcement, but did not elaborate.

Kentucky Attorney General Daniel Cameron is expected to present his findings on the investigation into Taylor's killing to a grand jury and will subsequently make an announcement on whether the officers will be criminally implicated.

In his last statement on the Taylor case on Sept. 9, Cameron declined to give a specific timeline regarding the investigation but assured that his office, “has endeavored since day one to find the truth and pursue justice, wherever that may take us and however long that may take.”

“In the meantime, conflicting rumors and reports circulate on a daily basis. The rumors do nothing to advance justice. When the investigation concludes and a decision is made, we will provide an update about an announcement,” he said. “The news will come from our office and not unnamed sources. Until that time, the investigation remains ongoing.”

Last week, Louisville Mayor Greg Fischer, a Democrat, said the city reached a $12 million settlement with Taylor’s family in the civil lawsuit over her death and promised to enact police reforms as Cameron's investigation continued.

"While we await a decision from Attorney General Daniel Cameron on whether or not charges will be filed in this case, my administration is not waiting to move ahead with needed reforms to prevent a tragedy like this from ever happening again," Fischer said. "Her death has ignited a movement in Louisville, in the nation, for racial justice, sending thousands into our streets and cities all across the country and the world. … All crying out for justice for Breonna."

Federal properties have been targeted in mass demonstrations that have swept major metropolitan cities in the wake of the death of George Floyd while in police custody in Minneapolis, which sparked a national reckoning on racial injustice.

The park across the street from the federal courthouse in Louisville has become a meeting spot for protesters who have periodically marched the streets, sometimes resulting in violence.

U.S. Attorney General William Barr has been pushing U.S. attorneys to bring federal charges in protest-related violence whenever they can, and a Justice Department memo sent to federal prosecutors Thursday cited as a hypothetical example “a group has conspired to take a federal courthouse or other federal property by force.”

In addition to the closures this week, U.S. Attorney Russell Coleman asked Homeland Security to provide protection for the federal courthouse in Louisville and three adjacent buildings, the Courier-Journal also reported. The security operations are not expected to be visible to the public, according to Rob Sperling, a spokesman for the Federal Protective Service.

"I can't foretell the future, but we're definitely not going to come in and be all kitted up in riot gear and propping up fences and shooting pepper balls in the air," Sperling said, referencing scenarios seen in Portland, Ore., where a few demonstrators launched Molotov cocktails and projectiles at federal officers. "It's to ensure the safety and security of federal property and personnel. That's really it."

One officer, Brett Hankison, was fired from the Louisville Metro Police Department on June 23 after an internal investigation found he displayed “extreme indifference to the value of human life” when he “wantonly and blindly fired ten rounds into the apartment of Breonna Taylor,” according to his termination letter posted to the department’s Twitter account.

The other two officers involved -- Sgt. Jonathan Mattingly and Officer Myles Cosgrove – had already been placed on administrative leave.

Taylor was shot five times when officers went to her home with a search warrant as part of a drug investigation on March 13. Police used a no-knock search warrant to break down the door and were met with gunfire from Taylor's boyfriend, Kenneth Walker. Mattingly was shot in the leg, and officers returned gunfire. No drugs were found in the home, and Taylor was unarmed.

Walker was initially charged with the attempted murder of a police officer, but the charge was later dropped. He claimed he thought someone was attempting to rob the apartment when he fired.