Police are searching for a suspect who was caught on video trying over and over to break through a jewelry store display case, but could not break through the glass.

Footage of the incident, which took place at a Kay Jewelers location in Menomonee Falls, Wisconsin, on June 1, showed the suspect entering the store and then slamming a brick-like object into the top of the display over and over again until a store worker chased him away.

In total, the suspect appeared to throw the blunt item nine times into the glass. Eight times it bounced off. The ninth time it broke through, but that was when the suspect ran off.

The suspect did not appear to ever reach into the case or take anything. 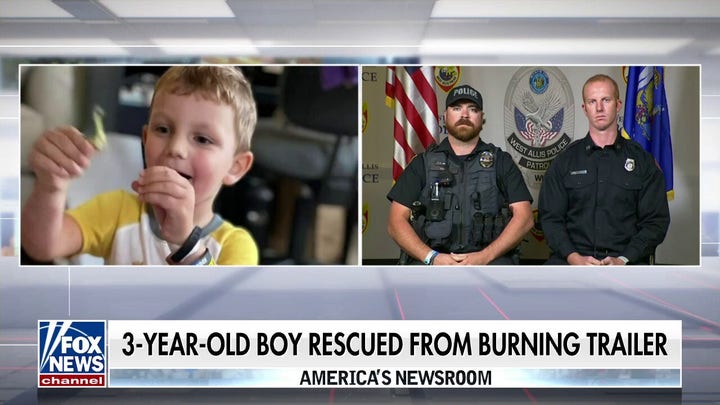 According to local Fox6, the suspect is described as between 5'7 and 6 feet tall and he drove away in a tan Chevrolet Malibu. He had a beard and has a tattooed right arm.

Fox News reached out to the Menomonee Falls police for an update on the situation, but the department did not immediately respond. Law enforcement officials are asking the public to relay any tips directly to the police or through the county's Crime Stopper website.