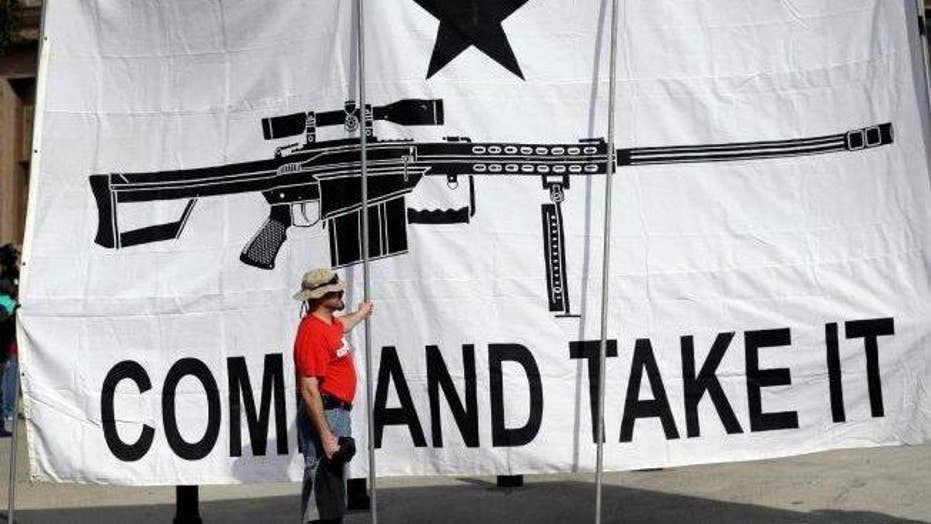 2016 brings thousands of new laws across the country

From gun control to minimum wage, lawmakers were busy in 2015

Many pro-gun activists in Texas say the state's Open Carry law, which took effect on Jan. 1, was a step in the right direction, but did not go far enough.

Texas, the second-most populous state, joins 44 other states in allowing at least some firearm owners to carry handguns openly in public places. Under the Texas law, guns can be carried by those with licenses and only in holsters.

Supporters with the non-profit group Open Carry Texas planned a rally Friday to "unconceal" handguns at the Texas State Capitol in Austin. Still, the group pushed for "constitutional carry," which would all citizens who could legally own guns to carry them in public without obtaining a license and paying a tax first.

The original bill included a "no-stop" provision barring police from demanding to see the license of someone simply for openly carrying their gun. Tea party legislators didn't want 2nd Amendment rights infringed, while Democrats worried about racial profiling, concerned that blacks and Hispanics might be asked for their licenses more than their white counterparts.

"If I get a gun, I guess I'd better put my hands up," state Sen. Rodney Ellis, a Houston Democrat who is black, said when the measure was debated on the Senate floor. Under pressure from police chiefs and law enforcement organizations, lawmakers stripped the measure from the final bill.