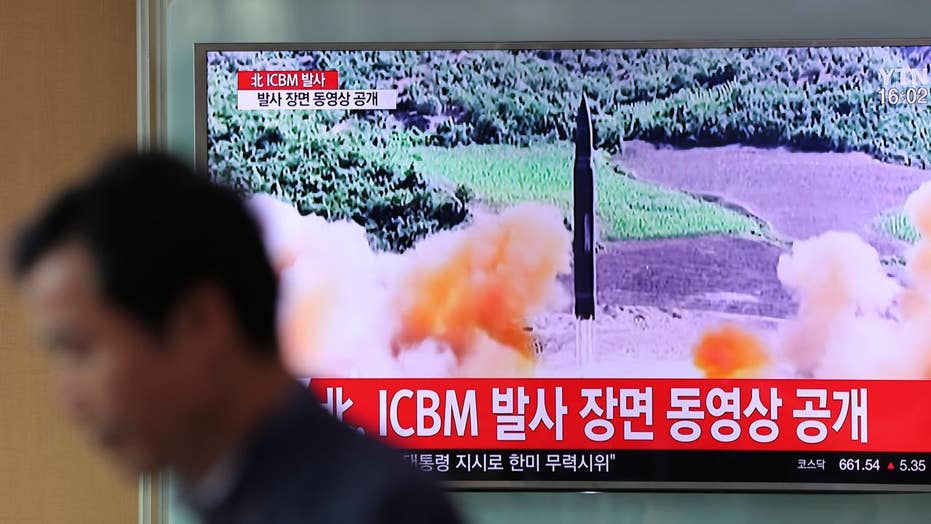 Asia expert: NKorea will never give up nuclear weapons

While lawmakers in Alaska have doubled down on calls for improved U.S. defense in the wake of a North Korea ICBM test, some have appeared to shrug off the threat seemingly posed by the rogue regime.

Todd Sherwood, an attorney who served more than a decade in the U.S. Air Force, told the newspaper that if North Korea would to attack, the U.S. military reaction would probably be severe. He downplayed the threats cast by Dictator Kim Jong Un.

“I’m more worried about whether I’m going to fall off my paddleboard on an Alaska glacier lake this summer,” he said. “And I’m not all that worried about that.”

According to The Washington Post, Alaska’s past may have something to do with its mellow response to the possibility of an attack from North Korea. An Alaskan town was bombed in 1942 during World War II and in the same week Japan occupied two Aleutian Islands. Alaska was also on alert during the Cold War with its incredibly close proximity to Russia. Some Alaskan homes still have fallout shelters.

Though some may shrug off the threat, lawmakers are still taking steps to bolster defenses.

“Today, Alaskans awoke to disturbing news that North Korea tested a missile that some experts say may be able to reach Alaska in the near future,” Sen. Dan Sullivan, R-Alaska, said last week. “Now more than ever, it’s imperative for Alaskans and the rest of the nation that we be prepared.”

A bill introduced in May by Sullivan and Sen. Brian Schatz, D-Hawaii, would incorporate 28 ground-based inceptors across the U.S., 14 of which would be located in Alaska. An interceptor moves towards its target based on tracking data, and is assumed to destroy the target by force of impact to neutralize its nuclear explosive power; it could be launched if given notice of a missile headed towards the U.S.

The Pentagon has a total of 36 missile interceptors in underground silos on military bases in Alaska and California, and is expected to increase that to 44 by the end of the year.

According to Professor Bruce Bechtol of Angelo State University in Texas, the missile North Korea launched could hit the U.S. if positioned at a “standard launch angle.”

“I’ve been saying for months that it’s no longer ‘if’ but ‘when’ Kim Jong-Un will get the ability to strike U.S. cities with a nuclear missile,” Sullivan said prior to the ICBM launch.