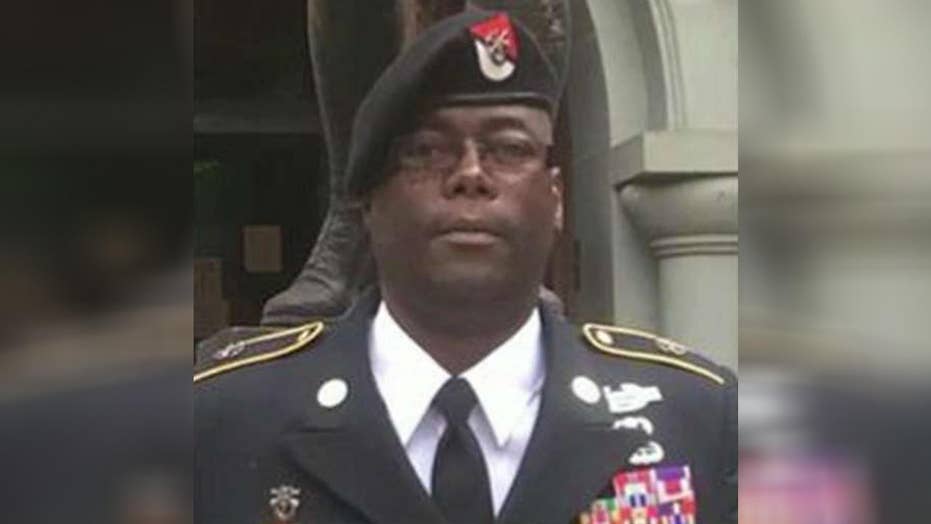 Military documents dispute Papotia Reginald Wright's claim that he was a 25-year Special Forces Green Beret with a Purple Heart.

A New York man fabricated his decorated military career, with claims of being a Green Beret, receiving medals for courage under fire and serving for 25 years all being exposed as lies, according to military documents.

Papotia Reginald Wright, of Brooklyn, claimed he served with Special Forces, but military documents obtained through the Freedom of Information Act, showed the veteran was not a Green Beret and did not go beyond a “specialist rank,” the New York Post reported.

Wright also boasted of serving in the Army for 25 years and said he received the Purple Heart and Bronze Star -- but records showed he only served from 1982-1990 and spent most of his time as a driver in Alaska, Texas, Georgia and Egypt.

MEET THE US ARMY’S NEW PISTOL

Despite apparently living a lie, Wright became a revered military figure in his community. Last year, he founded an organization in Brooklyn to help veterans. He called the organization the 8th Special Forces Regiment New York Honor Guard.

"Stolen valor is an epidemic...that stuff's unforgivable there."

— Guardians of the Green Beret member

Photos on the group’s website showed Wright at a New York Giants football game wearing what appears to be a fake Green Beret uniform.

According to the Stolen Valor Act, any individual who rewrites “provisions relating to fraudulent claims about military service were subject to a fine, imprisonment up to a year or both."

Guardians of the Green Beret said they started probing Wright after receiving tips from Internet users.

“It bothers us. Stolen valor is an epidemic. We cannot keep up with the cases sent to us,” a member of the group told the New York Post. “Wearing fake stuff -- wearing a Ranger tab, Special Forces tab, those things are hard to earn. Wearing a Purple Heart...that stuff’s unforgivable there.”

Jeff Johnson, 37, who served in the Army for more than 11 years and worked at Wright’s veteran organization, said he felt deceived.

“It wasn’t confirmed to me until three or four days ago when I got a call from one of the members of the unit who was heartbroken,” Johnson told the New York Post. “For a while I just started chuckling. It was like this uncomfortable chuckle. That’s when I realized I was played for a f------- fool.”

Johnson said Wright would tell him stories about his supposed military days, including one where he claimed a person cut out his kidney.

“He said he was living off half a kidney,” Johnson said. “He’s an amazing storyteller because he will get into details.”

Thomas Miskel, a veteran who volunteered for Wright’s Honor Guard association, said he was shocked by the allegations.

“He started to appear before football games and all that and the flags and all that,” Miskel said. “He sort of blew my mind a little bit when I found out that bugle he was blowing was a recording.”

Miskel said Wright has also failed to pay his rent in Park Slope, where his association’s offices were based.

The group said it would be investigating the claims as well and would stop posting on social media for the time being.

There was no immediate word on if Wright would face charges.