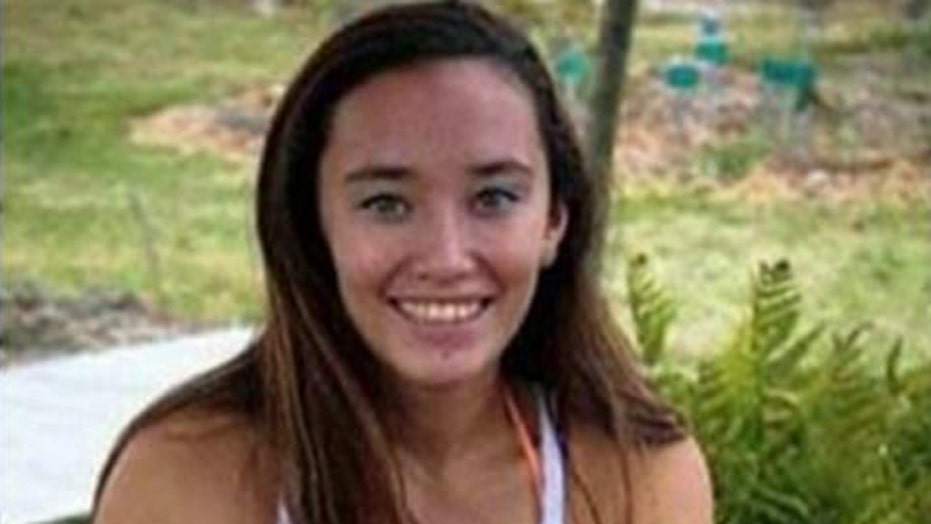 Family of missing co-ed: Police 'doing nothing' to find her

The grandmother of a missing Virginia college student said she's convinced foul play is to blame for the disappearance of her 18-year-old granddaughter who was last seen a month ago near her parents' home in Norfolk.

Anjelica "AJ" Hadsell, a freshman at Longwood University in Farmville, Va., was spotted by a neighbor March 2 while walking in her parents' neighborhood, according to police. She hasn't been seen or heard from since.

"I'm absolutely convinced there's foul play," Katherine Hadsell, the woman's grandmother, told FoxNews.com Monday. "This is so far out of character for her."

"She is a young lady who is living her life as any 18-year-old would," said Hadsell, who also lives in Norfolk. "She loves her mom and dad so much and is very close with her family. It’s not possible she ran away."

Virginia authorities, meanwhile, say they are considering "all possibilities" in their hunt for Hadsell.

Authorities acting on a tip searched an area Saturday in Isle of Wight County for the young woman. Norfolk police spokesman Sam Shenouda told FoxNews.com the area, which included a retention pond, turned up no clues in the hunt for Hadsell. The pond searched in Carrsville is about 40 miles away from Norfolk.

Shenouda said police have recovered items belonging to Hadsell but did not specify what they are or where they were found. At the time of her disappearance, Hadsell was home in coastal Norfolk on Spring Break.

The teen sent several unusual text messages to her parents prior to her disappearance, police told WTVR. Her debit and credit cards were later found cut up, according to the station.

Hadsell's stepfather, 36-year-old Wesley Hadsell, was arrested last month on charges of obstructing justice, breaking and entering and possession of ammunition by a felon.

He is being held without bond and his next court appearance is scheduled for April 29. Norfolk police have not said publicly whether Wesley Hadsell's arrest is connected to his stepdaughter's case.

Hadsell's mother reportedly said her husband was following up on a tip when he broke into a home two weeks ago.

The teen's grandmother, who is also the mother of Wesley Hadsell, claims her son had nothing to do with her disappearance.

"I don’t condone what he he did, but I know he had nothing to do with it," she said.

Hadsell is described as 5-foot-6 and weighing 120 pounds, with a mole beneath her bottom lip. Anyone with information on her whereabouts is urged to call the Norfolk Police at (757) 664-7026.