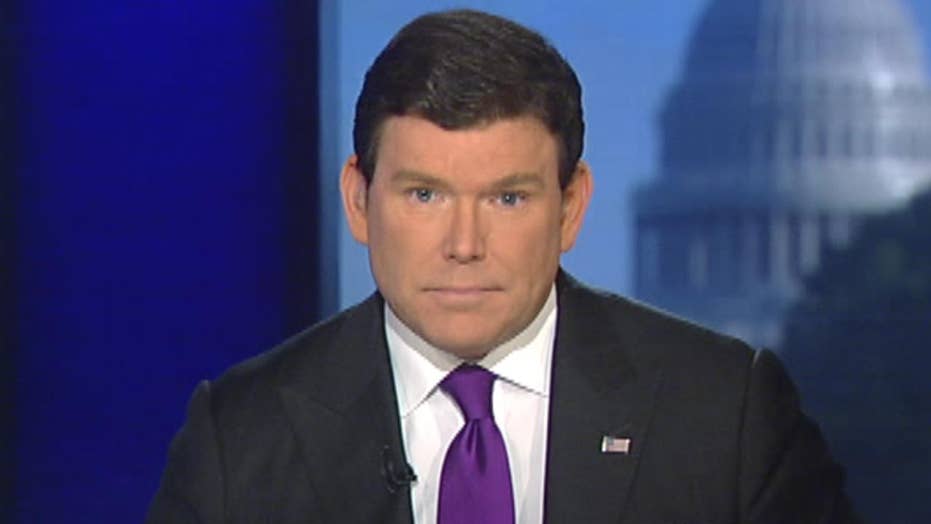 Coming up on Thursday, May 04 edition of 'Special Report'

A commentary released by the state-run Korean Central News Agency said that "a string of absurd and reckless remarks are now heard from China everyday only to render the present bad situation tenser."'

Russian President Vladimir Putin on Wednesday said he had a “very good” conversation over the phone with President Trump, and that his U.S. counterpart agreed to a proposal to establish Syrian safe zones to protect civilians in the war-torn country.

Bloomberg reported that Putin made the remarks after he had a conversation with the Turkish leader Recep Erdogan in Sochi. The White House confirmed that the two leaders discussed safe zones, but did not confirm that the two reached an agreement.

Talk show host Stephen Colbert is taking serious heat on social media for a vulgar joke he made about President Donald Trump that many fans are calling "homophobic," but the funnyman said he “would do it again.”

"So while I would do it again, I would change a few words that were cruder than they needed to be," he said, according to a transcript that was released by CBS.

JUDGE NAPOLITANO writes that President Trump has a point about domestic spying.

7:50am ET - Jay Walker, founder of Priceline.Com, to appear on “Mornings With Maria”