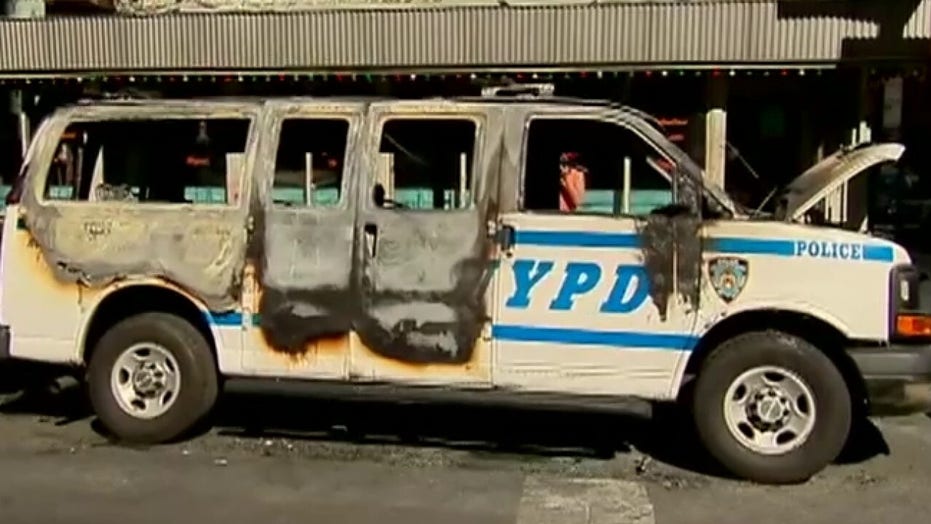 The looting and destruction continued during overnight riots in New York City for a third night in a row, even as Mayor Bill de Blasio reported "limited protest activity" in Manhattan.

People run out of a smoke shop with smoking instruments after breaking in as police arrive on Monday, June 1, 2020, in New York. Protests were held throughout the city over the death of Floyd, a black man in police custody in Minneapolis who died after being restrained by police officers on Memorial Day. (AP Photo/Wong Maye-E)

Fox News crews on the scene in SoHo reported hundreds of people stealing from luxury stores – including Chanel and Dior – for hours on Sunday night going into the early hours of Monday morning. The looters were seen piling shoplifted merchandise into vehicles while others rode off with the merchandise in black garbage bags balanced on CitiBikes.

Eyewitnesses told Fox News the looting started before 11 p.m. Sunday, following a day of protests demanding justice for the death of George Floyd while in police custody. The daytime demonstrations had been largely peaceful, according to NYPD Commissioner Dermot Shea. 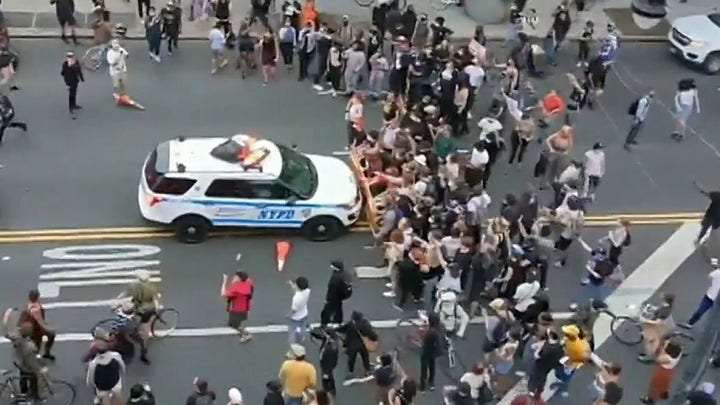 "Most of the day we had large crowds throughout the city in multiple boroughs [on Sunday]. But when it got dark, things changed and it changed rapidly," Shea said on Fox News' "Fox & Friends" on Monday morning. "We anticipated it, but you saw large groups of people had no inclination to all this protest once it got dark, particularly in the area of SoHo between Canal and West Broadway. We had a number of stores broken into."

People run as police arrive to the scene of a broken into smoke shop in New York, Monday, June 1, 2020. A fourth day of protests against police brutality kept New York City on edge Sunday, as thousands of people marched and many protesters and officers tried to keep the peace after days of unrest that left police cars burned and hundreds of people under arrest. (AP Photo/Seth Wenig)

Meanwhile, de Blasio took to Twitter before midnight on Sunday to say he had been at Union Square and Barclays Center but saw little protest activity. Looters were seen on the scene past 3 a.m.

The NYPD avoided scrimmages with thieves and instead focused on clearing the streets, which saw thousands of demonstrators throughout the weekend.

A spokesperson for the NYPD told Fox News over 250 arrests were made on Sunday and seven officers were injured in the process. Additionally, 11 police vehicles were vandalized, the NYPD said.

Shea described looters as "people taking an opportunity at the worst time" and urged the community to "come together."