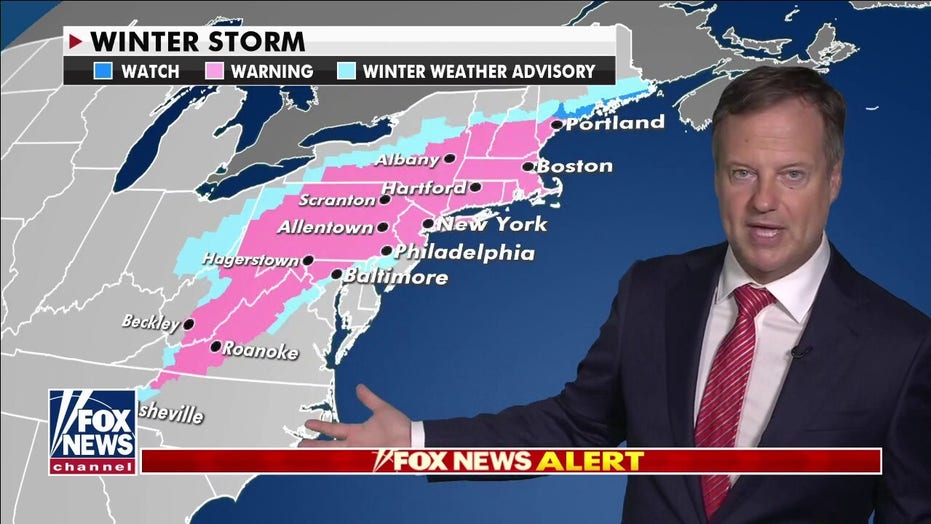 More than 60 million people under winter storm advisories in Northeast

The storm has the potential to be the biggest East Coast storm in years and is likely to bring snowfall rates of 1 to 2 inches per hour to the region, according to the National Weather Service (NWS).

Parts of Pennsylvania and New York could see nearly two feet of snowfall, and each state saw massive pileup crashes that left at least two dead and other victims hospitalized.

"Confidence is high that this major winter storm will result in significant impacts including travel disruptions and power outages across much of the Mid-Atlantic, southeastern New York, and southern New England," the NWS added.

According to AccuWeather, the nor'easter was anticipated to bring more snow than all of last year's combined in Washington, D.C., Philadelphia, New York City and Boston.