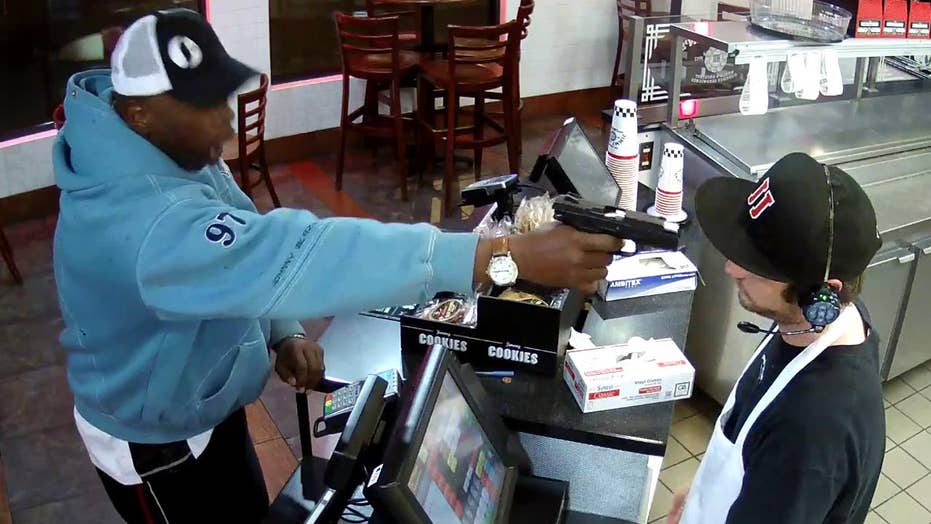 Kansas City police say thanks to the public’s tips they have identified and arrested the man accused of pulling out a gun while ordering a sandwich at a Jimmy John’s.

The man wearing a light blue hooded sweatshirt entered the restaurant, placed an order, then pulled a gun instead of a wallet out of his pocket and pointed it at the cashier.

The cashier handed over the money and then tried to give the robber the whole cash register tray, but he pushed it back.