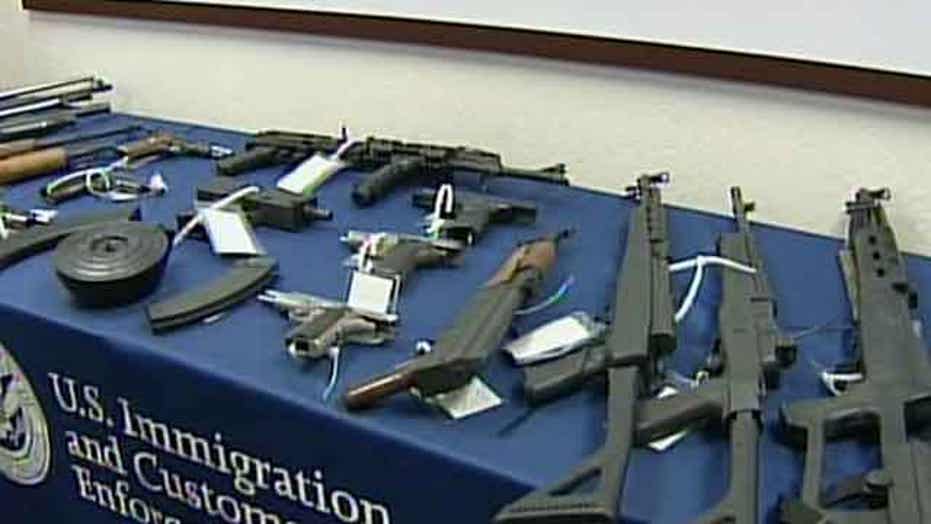 Republicans lawmakers who led probes into the Obama administration’s botched Operation Fast and Furious gun-trafficking operation are criticizing the court-ordered release Friday of related documents, saying they are only a “fraction” of those requested in subpoenas.

“What we need from the president is an explanation of why he felt these documents couldn’t have been seen by the American people and why there has been no real accountability for the officials involved,” said Rep. Darrell Issa, who as chairman of the House Committee on Oversight and Government Reform led congressional investigations.

“Was he protecting the failed gun … operation or the cover-up?" the California Republican asked Friday.

Issa made the announcement hours after the Justice Department said that it had given to Congress additional documents related to Fast and Furious.

The Bureau of Alcohol, Tobacco, Firearms and Explosives operation from 2006 to 2012 allowed gunrunners to buy weapons along the southwestern U.S. border in hopes that tracking the firearms would lead federal agents to drug lords and break up Mexican gun-smuggling rings.

However, only about one-third of the roughly 2,000 guns have been recovered and at least some were found at crime scenes along the U.S.-Mexico border, including where U.S. Border Patrol Agent Brian Terry was killed in 2010.

Reports about such incidents created a political firestorm and set off a documents dispute between then-Attorney General Eric Holder and Congress that resulted in Holder being held in contempt of Congress.

The administration had for the last four years refused to provide the records to the GOP-led House, invoking a claim of executive privilege.

But a federal judge in January turned aside that argument, saying a blanket assertion of executive privilege was inappropriate since the Justice Department had already disclosed through other channels much of the information it had sought to withhold.

“Given that even after years of stonewalling these are only a fraction of the documents that were subpoenaed by the House of Representatives, at this point, the usefulness remains to be seen,” Iowa GOP Sen. Chuck Grassley said Friday.

Grassley began asking questions in January 2011, after whistleblowers came to him alleging the administration was allowing illegal “gun-walking.”

“I look forward to seeing what was actually produced, and what President Obama continues to refuse to be transparent about,” Grassley continued. “It shouldn't have taken a lengthy court battle to get this far. The rest of the documents should be turned over so that the litigation can end.”

Issa also said in his statement Friday that Obama has failed to fully comply with the subpoenas.

In a letter Friday, the Justice Department said it was moving to end the legal dispute with the House oversight panel, despite disagreeing with the order from Judge Amy Berman Jackson.

"In light of the passage of time and other considerations, … the department has decided that it is not in the executive branch's interest to continue litigating this issue at this time," Assistant Attorney General Peter Kadzik, wrote in a letter to new committee Chairman Jason Chaffetz, a Utah Republican.

House Republicans sued in 2012 to obtain thousands of emails related to the failed effort.

The Justice Department had already produced tens of thousands of pages of documents, but Congress continued to seek records that the department argued it was entitled to withhold.

The department said that, in producing the documents Friday, it had completed its obligations under the court order.

Chaffetz said in a statement that while the department had turned over "some of the subpoenaed documents," the committee remains entitled to "the full range of documents for which it brought this lawsuit."

He said the committee was appealing in hopes of getting additional documents.