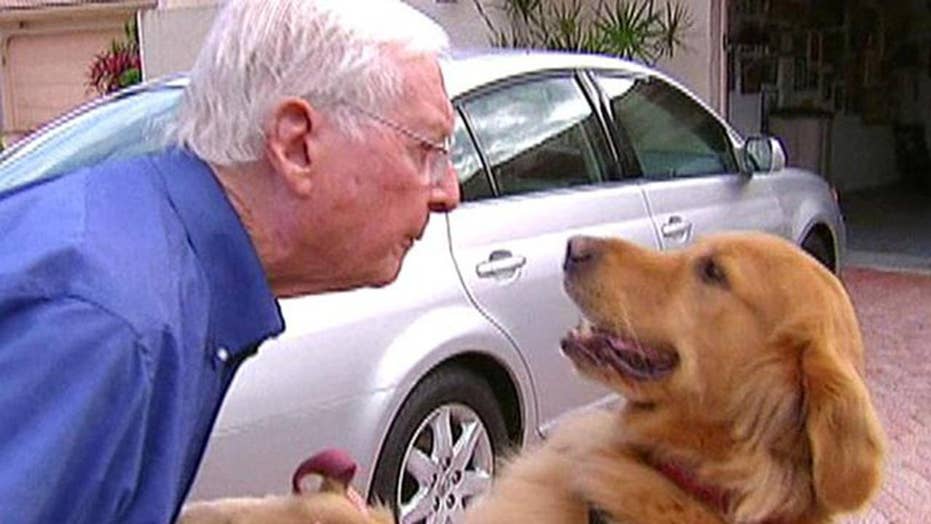 A decorated World War II hero, who was held as a POW by the Nazis and who later created an organization providing service dogs to wounded veterans, died last month in Florida.

Stovroff filled a need after he noticed the U.S. government did not supply support animals to wounded vets. Stovroff, whose plane was shot down during World War II and who was held hostage by the Nazis, made it his mission to do something about it.

Vets Helping Heroes, which he founded in 2007, raised millions of dollars to carry out the task. He lobbied lawmakers to fund his program, telling Fox News in an interview nine years ago that it was a shame the federal government wasn’t doing more to help wounded vets.

Stovroff was a Purple Heart recipient who was awarded the Legion of Honor by France. In 2010, President Obama signed into law the Defense Authorization Act of 2010, supporting the Wounded Warrior K-9 Corps Act, which was inspired by Stovroff and his work, according to a press release.

His remarkable life was chronicled in books and documentary films.

When he was 19, he was flying a B-24 Liberator that was shot down on its 35th mission. He was held for one year in a Nazi POW camp before being freed by allied forces.

Stovroff died Jan. 17. His service dog, Cash, was by his side when he passed away.