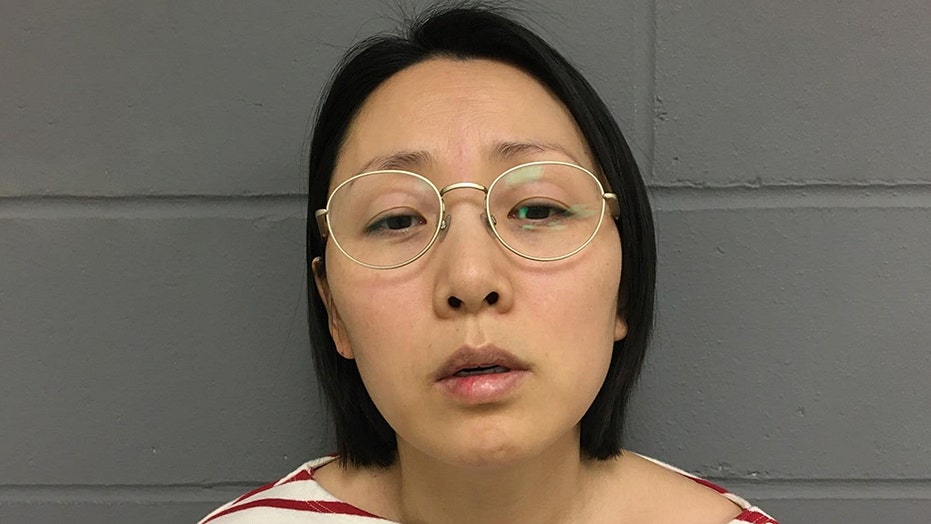 An economics professor at a private Iowa liberal arts college has been arrested in her husband's death after he was bound, gagged and tied to a chair, according to reports.

Her students at Simpson College in Indianola knew something was wrong when she notified them in an email Sunday that her classes for the week were canceled because of a “personal issue,” the Des Moines Register reported.

The night before, she called 911 to report an unconscious person at her home.

Police said Park bound her husband’s hands and feet with zip ties, and tied him to a chair with rope, the paper reported.

Court records said Park duct-taped Nam’s mouth after stuffing “an item of clothing” down his throat to prevent him from yelling, according to the paper.

The complaint said Park ignored her distressed husband’s pleas to be untied, the paper reported.

“Ms. Park made efforts to hide and conceal the binding items prior to the arrival of emergency personnel," police said in a criminal complaint, according to the Register. "The injuries sustained by Mr. Nam were not self-inflicted.”