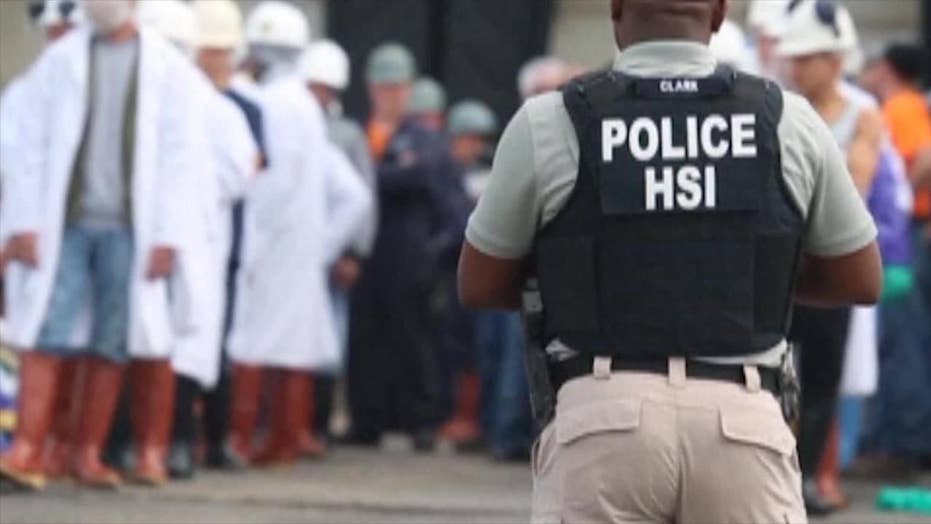 Federal agents conduct raid on meatpacking plant in Ohio following a yearlong investigation. 146 people suspected of being in the US illegally were arrested.

Federal agents arrested more than 100 workers at an Ohio meatpacking factory on Tuesday as a part of yearlong investigation into whether the company knowingly hired undocumented immigrants.

U.S. Immigration and Customs Enforcement officials said that 146 workers were arrested at Fresh Mark’s meat processing plant in Salem, Ohio as a part of an investigation into whether the company knowingly hired illegal immigrants who used faked identities belonging to U.S. citizens to obtain employment.

Search warrants were also carried out at the company’s two other locations in Ohio.

A spokesperson for the agency, Khaalid Walls, said that the majority of the workers detained were from Guatemala.

Most of those detained were released after being processed because they were either the sole care providers of children or they had health concerns.

Although Fresh Mark has not been charged, officials say the investigation is ongoing.

Tuesday’s raid is the latest attempt by the U.S. government to crack down on businesses that hire people illegally in the country.