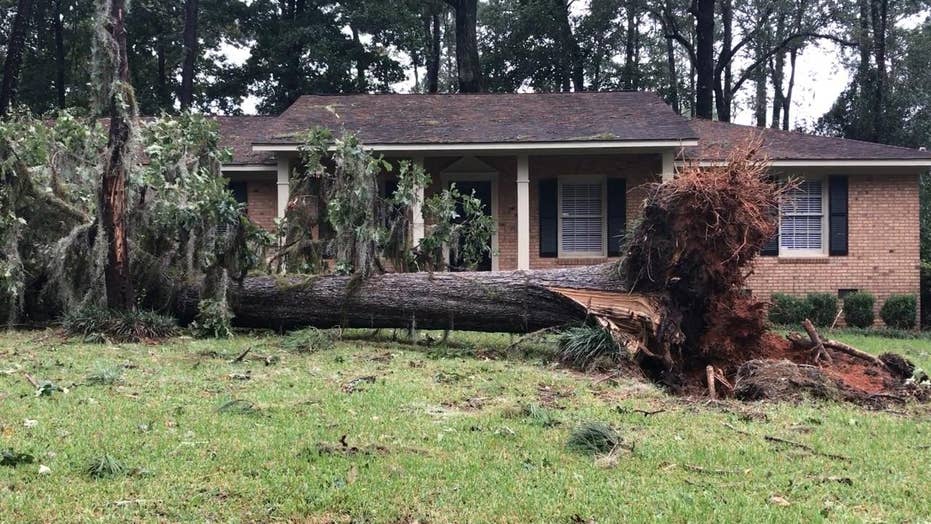 Over 1 million Georgians go without power in Irma aftermath

Georgia's power company is warning customers it may take weeks to restore electricity to the estimated one million residents who are now living in the dark.

“Well, we haven’t had power since I don’t know even know what time it went out,” Valdosta resident Corky Collins told Fox News.

Powerful winds and heavy rain brought by Hurricane Irma damaged many houses and knocked down trees -- which, in turn, walloped power lines across the state.

“I was kind of concerned with all the trees we have, cause I have a couple of dead pine trees and I knew I would have a bunch of branches in the morning,” Collins said. “But I was afraid a tree might fall over.”

Georgia Power tweeted it was mobilizing more than 5,000 workers, with aid from the Army National Guard, to help restore service.

“One of the biggest things we will be doing is assisting local police and recovery assets. Do what ever is necessary,” Army National Guard Captain Mike Ireland told Fox News. “A lot of that is roads that are down, trees and branches. Recovering those assets and helping out as they try to make the roads passable and any other thing that might come up.”

At least 45 people lost their lives since Irma made landfall in the Caribbean. Three people have died in Georgia.