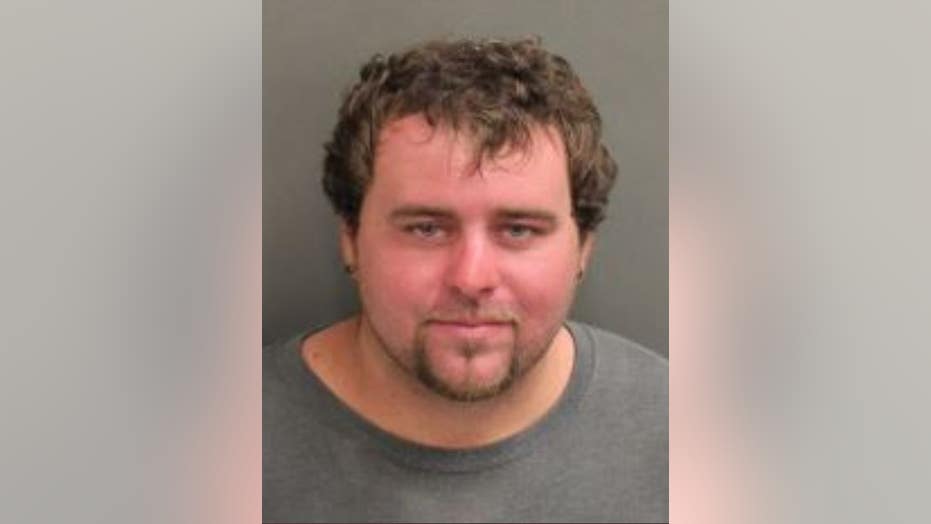 A Florida man with anti-government views may have fatally stabbed his boss Monday over the man's support of President Trump before placing an American flag next to his body, according to authorities.

Mason Toney, 28, is accused of killing his manager, Willian Knight, 28, at an Orlando construction site near the Florida Turnpike, the Orange County Sheriff's Office said Monday. Toney was arrested after an hours-long search, the Orlando Sentinel reported.

Witnesses said the pair, who were also friends, was traveling from one job to another when they got into an argument, possibly over their political differences, according to an affidavit. Toney is “anti-government and very outspoken about his beliefs that the government is bad and out to get him," Detective Fabian Ramirez wrote in the affidavit.

PHOENIX MOM CONFESSES TO KILLING HER CHILDREN, AN INFANT AND 2 TODDLERS: POLICE

Mason Toney, 28, is charged with murdering his boss Monday. Authorities suspect the slaying may have been prompted by an argument over their opposing political views.   (Orange County Sheriff's Office)

He wrote that Knight is a "proud and outspoken American and is pro-Donald Trump." Witnesses told investigators they heard Knight yelling for help around 10:30 a.m. They said Toney repeatedly stabbed him with a trowel.

The witnesses began throwing things at Toney before he "advanced on them with what they thought was a knife," investigators said. Toney fled in a white Dodge Ram truck, calling the other employees "terrorists," one witness alleged.

Investigators found a new American flag next to Knight's body when they responded to the scene. The witnesses said Toney had come to work with a backpack, which was unusual for him, according to the affidavit.

He is charged with first-degree murder and is being held without bond. Knight's father, William, told WESH-TV that the men had known each other for most of their lives.

“He was a friend of the family,” William Knight said of Toney. “My son went to elementary school with him and to middle school and high school.”