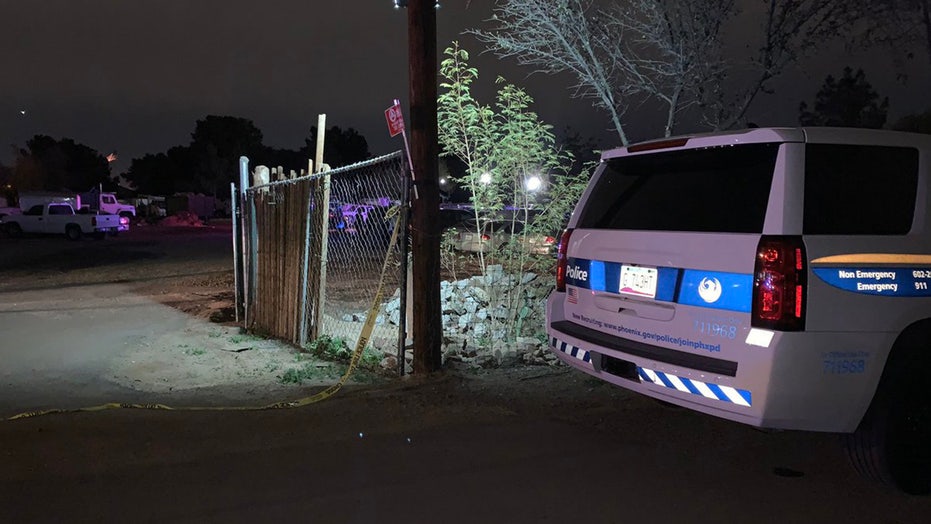 Police in Phoenix said Tuesday a 22-year-old woman has been arrested after confessing to killing her three children -- an infant and two toddlers.

“Right now, we can tell you she admitted to doing this to the children, and that’s where we’re going and that’s where the investigation is at this point,” Phoenix police Sgt. Mercedes Fortune told Fox 10 Phoenix.

The children were a 7-month-old girl, a 2-year-old girl and a 3-year-old boy, police said. Their mother, Rachel Henry, was booked on three counts of first-degree murder Tuesday afternoon.

Phoenix firefighters reported the children died from drowning, but then disavowed that report, Fox 10 Phoenix reported.

Police vehicle at home where a mother was charged with killing her three young children--a 7-month-old girl, a 2-year-old girl and a 3-year-old boy--after the children were found unresponsive by police Monday night. (Phoenix Police Department)

Police received a report Monday night from a relative of the mother and the father, Fortune told Fox 10. Officers found the infant and her siblings unresponsive in the living room, the station reported.

“These are the case we don’t want to respond to,” the sergeant told the station.

At the scene police questioned the relative, the father and the mother. Fortune said the mother told detectives that the children had been sick earlier in the day.

Police tweeted that the mother recently moved to Arizona from Oklahoma.