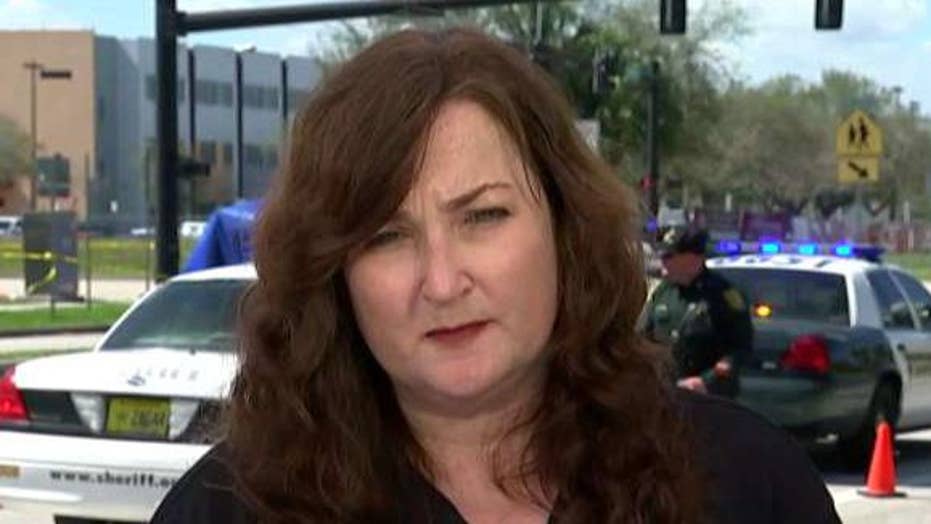 Mayor Christine Hunschofsky on how Parkland is reacting to the rampage.

A GoFundMe page set up for the Florida high school shooting victims’ families received an outpouring of donations Thursday after officials announced the fund will be used to provide financial relief to those affected by the massacre.

“We worked to establish something that is credible. So GofundMe account, Stoneman Douglas fund it’s called…which folks can make contributions. Please keep our babies, our families and this entire community in your prayers as we go through this process,” Superintendent Robert Runcie said in a Thursday news conference.

Runcie said the page was set up after several fake fundraising accounts were created.

“Donations raised here will be used to provide relief and financial support to the victims and families of the horrific shooting,” the page stated.

OneBlood also urged people with O-negative blood to donate blood to help those injured. A blood drive was held Thursday, according to WSVN.

Officials are expected to release the list of names of the 17 people killed on Thursday. Several names have emerged in the hours since the shooting, including Aaron Feis, a football coach at Marjory Stoneman Douglass High School. The football team wrote on Twitter that Feis died shielding students from the bullets.

“He was our Assistant Football Coach and security guard. He selflessly shielded students from the shooter when he was shot. He died a hero and he will forever be in our hearts and memories,” the team tweeted.