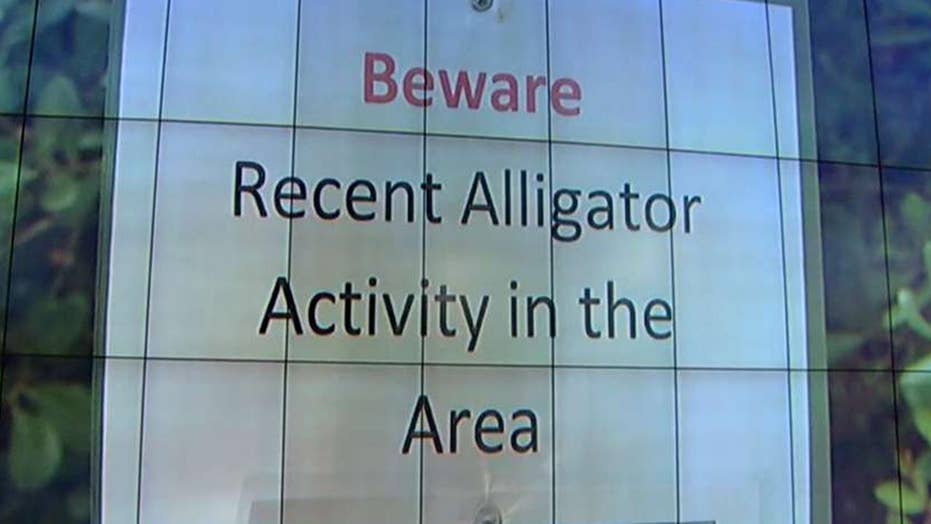 A Florida deputy was able to rescue a teenage girl who had been cornered in a tree by a large alligator by shooting it with an AR-15 rifle.

Jordan Broderick, 15, was stuck in a tree in Lake County for nearly an hour on Friday afternoon because a 10-foot alligator sat on the ground below, hissing at her, the Sun-Sentinel reported, citing a sheriff's office report.

ALLIGATOR GOES FOR A SWIM AT FLORIDA BEACH

Deputy Mitch Blackmon responded to the scene, where he found the teen — who had been swimming in a creek in Ocala National Forest — yelling that she was tired from hanging onto a tree branch for so long.

Raw video: Aransas Pass Police Department officers control 8-foot reptile that tried to sneak out of a pond and wander through parking lot.

Blackmon wrote in his report that his "presence failed to scare the alligator away, and it began encroaching on my area at which time I fired one single 223 round from my Bushmaster AR15 killing the alligator."

The alligator reportedly sank into the water and didn't resurface. Authorities said a county marine biologist confirmed the alligator was dead.

Sgt. Fred Jones told the news outlet that July is a dangerous time to be near alligators as they become "more aggressive and territorial" as their mating season comes to a close.