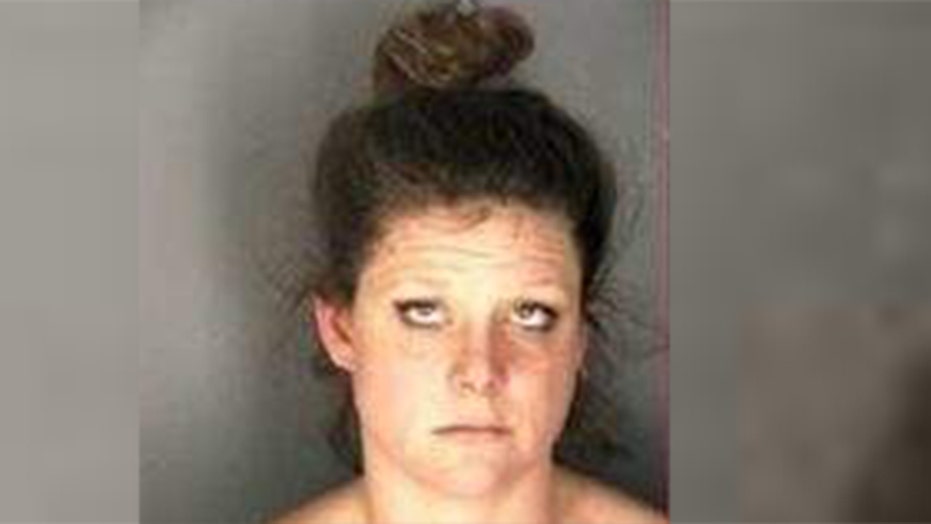 A Colorado woman was arrested after allegedly stealing a dog from a man who suffered a seizure and who ultimately died.

Melody Mellon, 30, was at a 7-Eleven convenience store in Longmont, a city roughly 35 miles north of Denver, on Tuesday when a 59-year-old Robert Corbey — who had been feeling ill that day — suffered a seizure.

Melody Mellon, 30, was arrested for allegedly stealing a man's dog while he was having a seizure, police said. (Longmont Police Department)

Paramedics responded and attempted to save his life, but Corbey was pronounced dead at a hospital, KDVR reported, citing the Longmont Police Department.

During this time, Mellon allegedly took the dog, named "Sampson," and fled.

The next day, Longmont Deputy Police Chief Jeff Satur spotted Sampson walking with a couple in town. “I was like, ‘Oh, there he is!’ I recognized him right away," he told KCNC-TV.

The couple said a woman gave them Sampson.

Investigators eventually linked Mellon to the dog theft when a woman called police early Thursday, claiming her truck had been stolen. Police said they eventually found Mellon sleeping inside the truck.

Police say the woman lied about her name and kicked two officers as they tried to take her to a hospital. Investigators claimed that when she was medically cleared and transported to the Boulder County Jail, “intentionally urinated and spit inside the patrol vehicle."

Mellon reportedly faces charges of auto theft, assaulting a police officer and resisting arrest on top of the outstanding warrants.

Sampson, Corbey's therapy dog, was reunited with his family. “It feels like we have a piece of my uncle having Sampson back,” Corbey’s niece, Kelly Pleffner, told the news outlet.