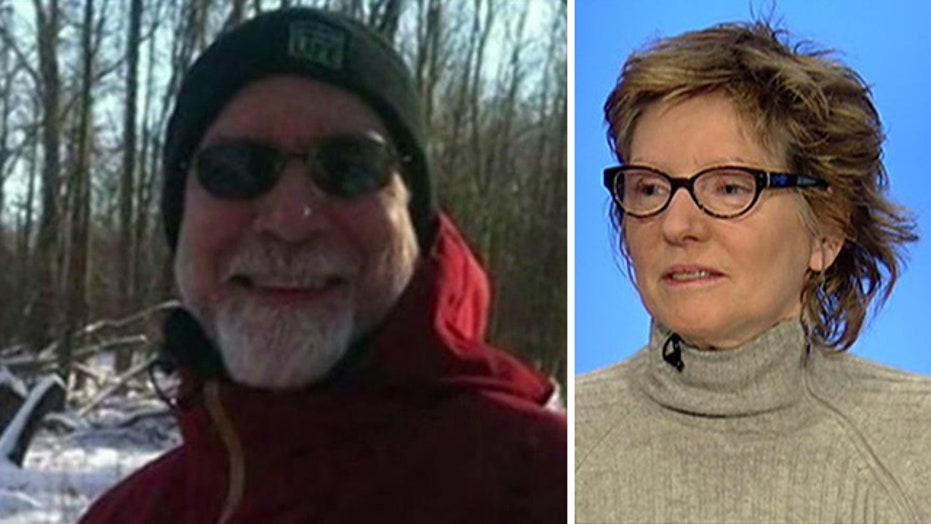 Family searching for clues in disappearance of WSJ reporter

Sister-in-law of man missing over 2 weeks speaks out

Bird, a 55-year-old avid walker and scout leader, was last seen leaving his home in Long Hill Township, N.J., on Jan. 11. Bird told his wife he was going on a short walk before an expected rain storm. He left his cellphone at home, charging, as well as daily medication he takes following his liver transplant.

"I just hope that somebody somewhere knows something, remembers something, saw something," Bird's sister-in-law, Chris Fleming, told Fox News on Monday. "We have no clues. It's just like he vanished."

Morris County was hit with heavy rain that day, after Bird set out for a walk, and portions of the surrounding Passaic River flooded area swamps. Bird, a father of two who had a liver transplant nearly 10 years ago, was recovering from a gastrointestinal virus when he left for the walk wearing a red rain jacket, according to authorities. He took medication twice a day for his liver transplant, but was not carrying it when he left the house.

The FBI as well as K-9 teams are assisting in the search, but so far no clues have been recovered. Expansive searches of the surrounding land -- including swamps and portions of the Passaic River -- have yielded no sign of Bird.

A law enforcement source told FoxNews.com last week that there is no evidence to indicate foul play, but that "it hasn't been ruled out."

"Anything is possible," said the source, who is not authorized to speak publicly about the case.

Bird works as a reporter for the Wall Street Journal, covering OPEC, a collection of oil-rich countries. He also worked for Dow Jones & Co., the newspaper's publisher, for more than 20 years.

Anyone with information on Bird's whereabouts is being urged to call The Long Hill Township Police Department at 908-647-1800.