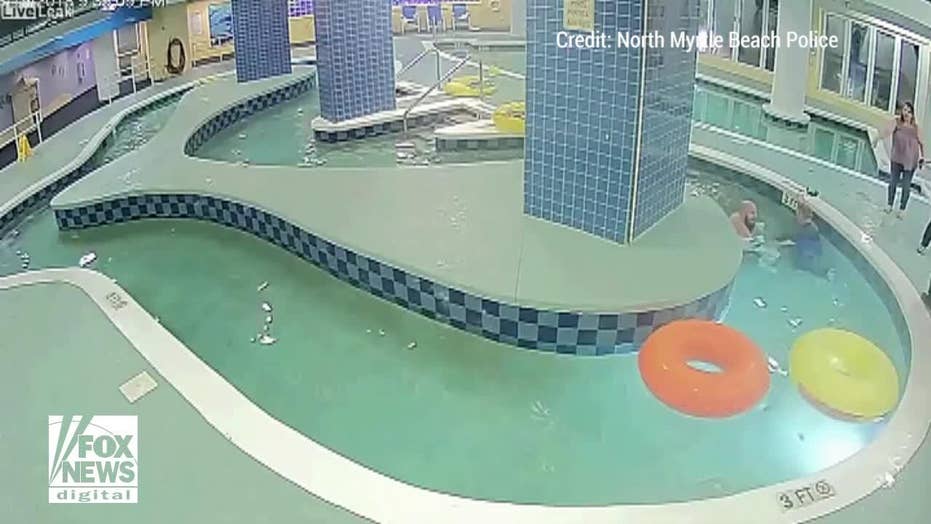 Dramatic surveillance video shows a 12-year-old boy being rescued by bystanders and police after getting stuck in a hotel pool suction line.

The dramatic surveillance video of a 12-year-old boy being rescued after getting stuck in a pool suction line was released Tuesday, showing the desperate attempts to save him by bystanders.

Bystanders responded quickly, but were reportedly unable to free the boy’s leg from the pool at the Avista Resort Hotel in North Myrtle Beach for nine minutes last March.

"He was given underwater mouth-to-mouth resuscitation by the first person to find him in the pool, which was not one of our rescue people, someone who was staying at the resort," Pat Dowling, a North Myrtle Beach spokesman, told The Sun News. "The fact that he was alive when he was transported to the hospital can be larger attributed to the fact that several people involved in the incident, in his rescue, gave him mouth-to-mouth while he was underwater."

He added: “It may not be on video, but we do know there were some males who were staying at the hotel who in some capacity understood what to do.”

The boy was eventually pulled out of the suction line after two police officers jumped into the pool. The officers could then be seen performing CPR on the boy.

The boy was reportedly listed in stable condition earlier this month. It is unclear if the boy is still hospitalized.