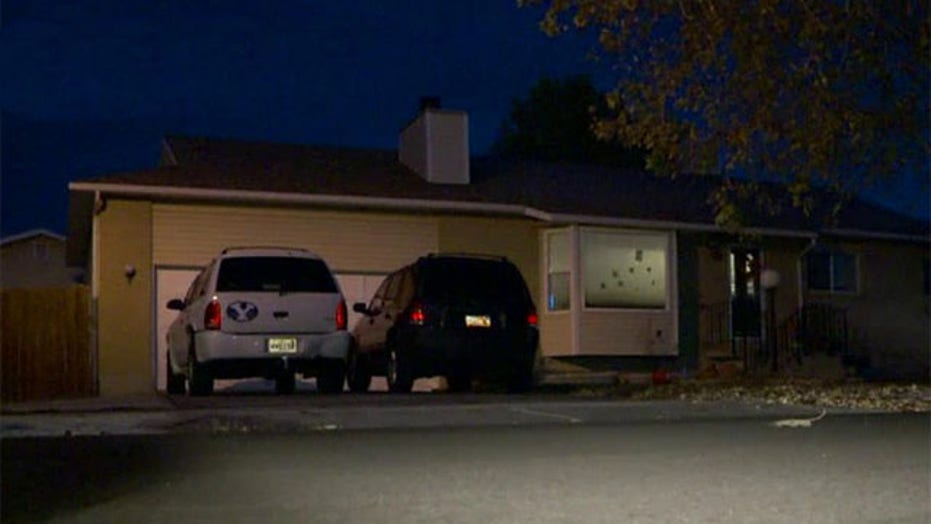 SALT LAKE CITY – A Utah dad foiled an attempt to kidnap his young daughter from her bed early Friday after confronting a man carrying her across the lawn.

The 5-year-old girl wasn't hurt in the frightening experience, but the incident has evoked haunting echoes of when 14-year-old Elizabeth Smart was snatched out of her Salt Lake City bedroom in 2002. She was held captive for nine months before being found.

The suspect in this case entered the home through an unlocked door at about 4:30 a.m., in Sandy, a middle-class suburb south of Salt Lake City, Police Sgt. Dean Carriger said.

The intruder was in the family's basement searching through things when he came upon the girl sleeping in her bedroom, Carriger said. The suspect took her out of bed and carried her upstairs, making noises that woke the parents.

The girl's father went to the door and saw the man carrying his daughter in the front lawn. He ran outside and confronted the man, asking him what he was doing and demanding that he give back his little girl.

The suspect handed her over to her father without confrontation, Carriger said.

The suspect then fled, and the father called 911.

Officers set up a perimeter, and with the help of police dogs, launched a search. The suspect went into a second home two blocks away through a doggy door in an attempt to evade capture. The dogs at that house alerted the residents, who yelled at police already in the area to come get him.

Police captured the 48-year-old man outside the second home thanks to a police dog that bit the suspect in the upper shoulder, Carriger said.

The family told police they had never seen and don't know the suspect, who police have identified as Troy Morley of Roy, Utah. Police don't know yet why the suspect was in the house or if he had a planned it, Carriger said.

Morley was arrested and being booked on charges of child kidnapping, burglary, trespassing and resisting arrest, he said.

Carriger said the family is doing pretty well considering what happened. A man who answered the door at the one-story house said the family wasn't ready to talk about their experience.

"It obviously was a very scary, traumatic situation," Carriger said. "The sanctity of our home is huge and for somebody to enter that and grab your child, it's got to be one of the worst nightmares a parent could face. . . If those parents were not awakened to go out and investigate, he could have easily left undetected with the girl."

A Thanksgiving wreath hung from the family's front door. Along a sidewalk leading to the front porch were several pumpkins, including a red one painted as an Angry Bird and another with a princess figurine on top.

The backyard butts up against a canal that separates the neighborhood from a bustling shopping center in the heart of Sandy, a city of 90,000 people that, like most parts of Utah, is predominantly Mormon.

"Things like that just don't happen around here," said Melissa Johnson, 26, who is staying in her parents' house that is next to the home where the abduction event occurred.

She said her younger sibling heard screams and commotion in the early morning and came to sleep with her downstairs. Johnson said they attend the same Mormon congregation as the family.

"I've been thinking that the Heavenly Father had a hand it," Johnson said. "He was protecting them. . . I just hope it won't be traumatizing for the little girl."

Johnson and other neighbors say it's a scary thought that a man capable of snatching a child was roaming their neighborhood in the night.

April Parry, a mother of three children who lives down the street, said she and her husband are considering an alarm system.

"That is your biggest fear as a parent," Parry said. "It can happen anytime, that's what makes it scary."