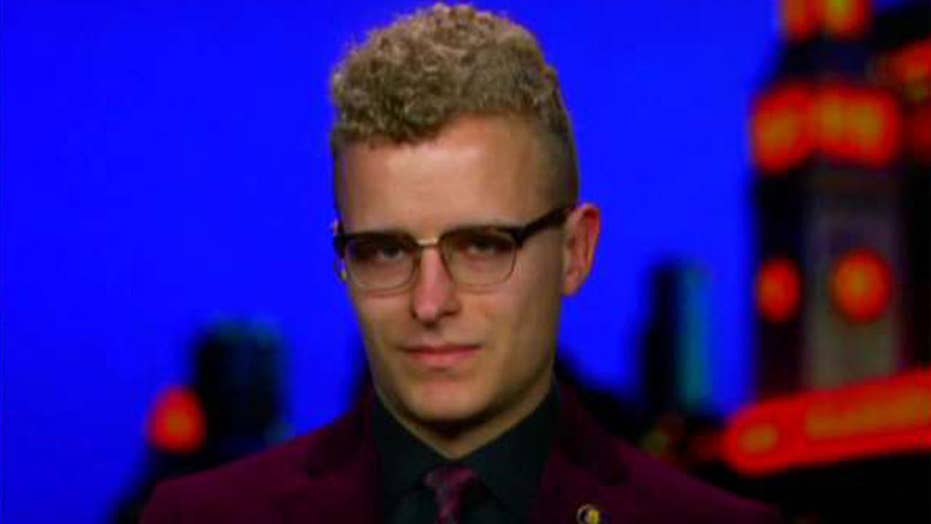 Just because Midwestern universities and colleges have been largely spared the left-wing violence that has marred campus events on the West and East coasts doesn’t mean the heartland is a safe space for conservative students.

On the campus of the University of Minnesota, for example, conservative students say they have been subject to harassment and threats – albeit nonviolent – for their political beliefs.

“Free speech is being shut down on college campuses around the country,” Madison Faupel, the president of the Minnesota College Republicans, told the Star Tribune, adding that she has been threatened with violence and attacked on social media.

Nowadays, police officers are needed for conservative speakers who are not even controversial, Faupel said.

Conservative students argue that speakers who lean right have the same free speech rights as those protesting them and that a heavy police presence shouldn’t be needed at their events.

Many add that protestors are trying to label anyone with a conservative ideology as a neo-Nazi, white supremacist or alt-right extremist spewing hate speech.

“Here’s a guy who comes in and says free enterprise is better than communism and the United States is a great country, and he’s so controversial he requires armed guards on campus,” John Hinderaker, president of the Center of the American Experiment, said of a recent speech at the University of Minnesota by Turning Points USA founder Charles Kirk. “We really have reached a point of insanity.”

“This term ‘hate speech’ gets thrown at us all the time,” Faupel added. “I think that what they regard as hate speech are things that they don’t agree with.”

One exception to the relatively nonviolent pressure conservative students in the Midwest face from progressive activists occurred in October when Lauren Southern, a Canadian libertarian and YouTube star known for her anti-immigrant activism, spoke on campus.

Protestors against a scheduled speaking appearance by polarizing Breitbart News editor Milo Yiannopoulos march on the University of California at Berkeley campus Wednesday, Feb. 1, 2017, in Berkeley, Calif. The event was canceled out of safety concerns after protesters hurled smoke bombs, broke windows and started a bonfire. (AP Photo/Ben Margot) (Copyright 2017 The Associated Press. All rights reserved.)

Police, who set up barricades to protect students attending the speech and eventually arrested one protester after the event, urged conservatives to leave the venue as inconspicuously as possible, and Faupel ended up having to sneak out a back door.

More violence may be in the offing, she warned.

The Minnesota College Republicans are planning to bring conservative columnist Ben Shapiro to campus. Shapiro spoke on campus three years ago to little fanfare, but given the current climate on campus, Faupel believes Shapiro’s next visit will cause “all hell to break loose.”

Shapiro’s speech at Berkeley in September drew hundreds of protesters and triggered violent clashes. At least nine people were arrested during his speech.

Opponents of the conservative speakers, meanwhile, say that they have every right to protest under the First Amendment and add that speakers who espouse “hateful and, in a lot of cases, violent ideas” should be barred from campus.

“You can talk as much as you want about having free speech or whatever, but at some point, the people who are perpetrating this xenophobic violence in our community need to be confronted,” Marty Branyon, a member of Students for a Democratic Society, told the Minnesota newspaper.