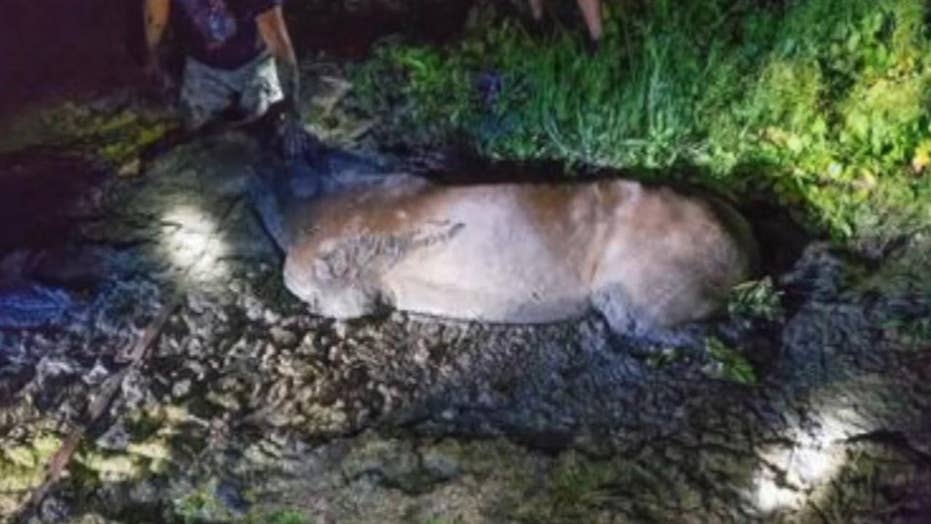 First responders built a pulley system to lift the 1,100-pound Tennessee walking horse out of a muddy hole.

Fire officials in Colorado on Friday came to the rescue of a horse that was trapped in thick mud by creating a rope system to free him.

The Castle Rock Fire Department Local 4116 received a call that a horse, located about a half-mile away from the nearest road, needed assistance.

When crew members arrived, they had to "dig through the falling mud to sling the horse, set up a rope system, and pull the horse free from the mud and up a 10-ft embankment," the local fire department described in a Facebook post on Saturday.

It took two hours, but the horse — buried up to its torso — was finally freed. A veteranarian examined the colt, as rescuers remained on site until 4 a.m., to make sure it was healthy.