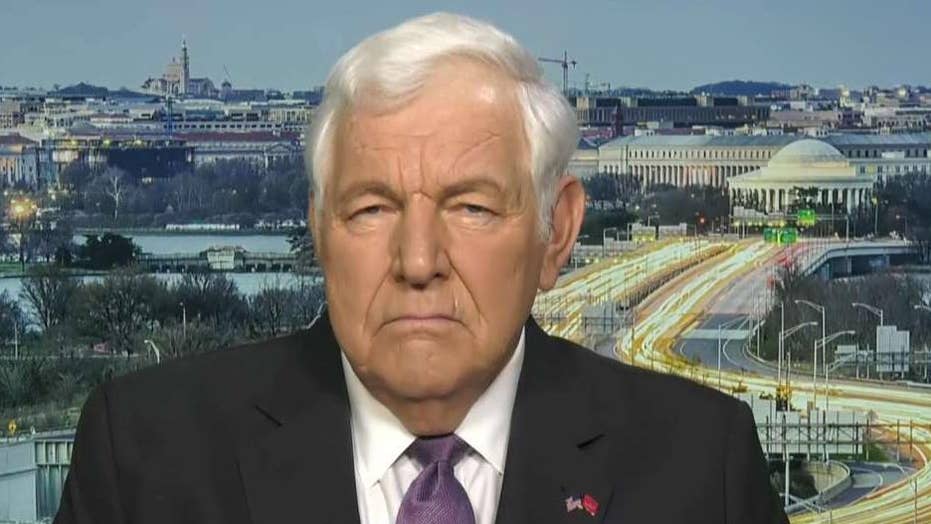 Former Secretary of Education Dr. Bill Bennett says buying a child’s admission into college means the system can be rigged.

The mastermind of the nationwide college admissions bribery scheme -- who once auditioned for a reality show about school admissions -- told authorities he helped more than 750 families get their children into elite universities by using the “side door,” according to documents revealed Tuesday.

William “Rick” Singer, of California, who pleaded guilty to several charges of racketeering and money laundering Tuesday, detailed to federal authorities his bribery scheme to rope in wealthy parents -- allegedly including actresses Felicity Huffman and Lori Loughlin -- and get them to pay up to $6.5 million to get their children into universities by faking athletic profiles and SAT and ACT exam scores.

Before his arrest Tuesday, Singer actively worked on coaching students about their college applications and worked with parents who were stressed out about the admissions process. In a 2010 video uncovered by TMZ, Singer even tried to profit off his knowledge by pitching his own reality show.

“This is a game, just realize this is a game,” Singer says at the start of the audition tape. He then described himself as a “life coach” who helps parents and children through the college admissions process.

Singer describes “out-of-control” parents who go above and beyond to get their children into their desired universities. He adds that he’s “brutally honest” during the ordeal because he “works in the homes of the families so we know them intimately…so I know what the right fit is” for the students.

He also talks about his wealthy clients who don’t have enough money to make a hefty donation to guarantee an acceptance letter for their children.

“After all this chaos, the payoff for me is knowing these kids found the right place to go to school and that they feel great about themselves, and that they’re empowered to be successful,” Singer says.

In June 2018, Singer gave a similar elevator pitch to client Gordon Caplan, the chairman of a top law firm, and boasted about how he aided nearly 770 students into gaining acceptance to “certain schools,” documents stated.

WHAT WE KNOW ABOUT THE COACHES, ADMINISTRATOR ACCUSED OF TAKING BRIBES IN COLLEGE ADMISSIONS SCANDAL

“[These wealthy families] want in at certain schools. So, I did 761 (of) what I would call, ‘side doors,’” Singer said in a phone call with Caplan, according to court documents. “There is a front door which means you get in on your own. The back door is through institutional advancement, which is 10 times as much money. And I’ve created this side door in.”

“Because the back door, when you go through institutional advancement, as you know, everybody’s got a friend of a friend, who knows somebody who knows somebody, but there’s no guarantee, they’re just gonna give you a second look,” the 58-year-old said, adding his clients “want a guarantee.”

Singer added: “So, if you said to me, ‘Here’s our grades, here’s our scores, here’s our ability, and we want to go to X school’ and you give me one or two schools, and then I’ll go after those schools and try to get a guarantee done. So that, by the time, the summer of her senior year, before her senior year, hopefully we can have this thing done, so that in the fall, before December 15th, you already know she’s in."

Singer said the parents would make a “financial commitment” that ranged from thousands of dollars to up to $6.5 million, authorities said.

Huffman and Loughlin were among the 50 people charged in the nationwide college admission cheating scandal. Singer ran the charity, Key Worldwide Foundation, which received $25 million in total to guarantee the admissions to elite colleges including Stanford, Yale and the University of Southern California, U.S. Attorney Andrew Lelling said during a Tuesday news conference.