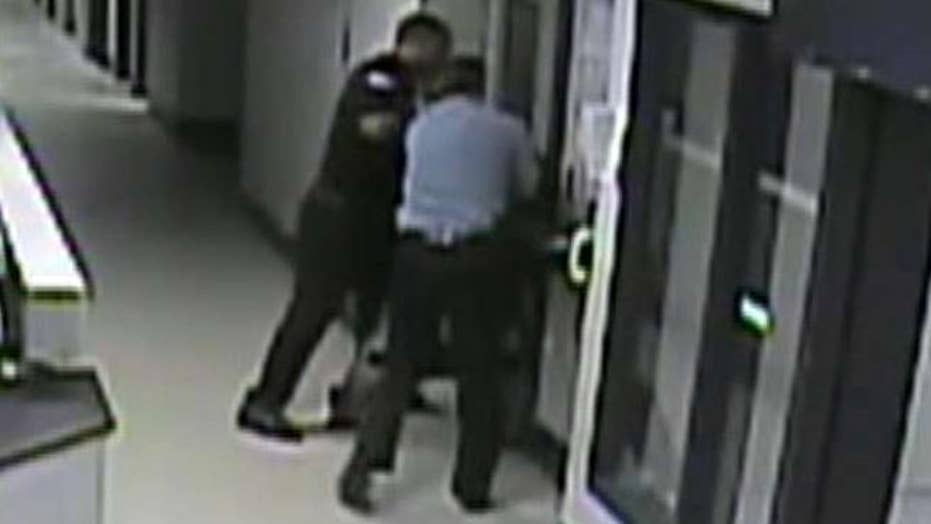 Will transparency in an effort to regain the public's trust work? The 'Happening Now' legal panel weighs in

The Chicago agency that investigates police misconduct cases released more than 300 video clips Friday — along with audio recordings and police reports — from 101 incidents it has investigated, the latest step by the city to restore public trust in its beleaguered police force.

The Independent Police Review Authority, which also investigates any instance of an officer firing a gun in a manner that could injure someone, posted the material to its website. The video was captured by police dashcams and bodycams as well as surveillance cameras and bystanders recording on cellphones.

One video shows an officer slamming a woman face-first into the hood of a car during a party in a West Side neighborhood in July 2014. The city recently agreed to pay the woman $50,000 in a settlement. Another shows officers firing into a van and killing a man suspected of robbing an electronics store. Authorities say he struck an officer with the van.

Releasing records related to open investigations is nearly unprecedented in a city where the police department for decades had a reputation for secrecy. City Hall waited until last November, following a judge's order, to make public video from more than a year earlier showing a white police officer fatally shooting a black 17-year-old.

"These past few months, as the city has struggled with so many questions about policing and about police accountability, it has been clear that we all agree that there's a lack of trust and that increased transparency is essential to rebuilding that trust," IPRA Chief Administrator Sharon Fairley told reporters Friday. "Today represents an important first step toward that end."

There was no initial indication that any of the footage was as explosive as the October 2014 dashcam video showing the death of Laquan McDonald, who was shot 16 times. Officer Jason Van Dyke was charged with first-degree murder, and a Cook County judge said Thursday he would appoint a special prosecutor to handle the case.

IPRA said not all of the videos released Friday show police shootings or other incidents. Some show officers responding to the scenes or people running away.

Facing protests and calls for his own resignation, Emanuel forced his police chief to resign in December and set up a task force on police reforms. Emanuel adopted a recommendation the reform panel made in February to release video in police shootings and other incidents within 60 days.

With Friday's release, that policy was now being formally carried out. Emanuel released a statement praising the release of the material but adding, "we know there is a lot more work to do."

Emanuel announced in May that he is abolishing IPRA and replacing it with a civilian department that he said will have more independence and resources to do its work.

Craig Futterman, a University of Chicago law school professor who played a key role in forcing the city to release the McDonald video, said it's too early to know whether the latest release of material is a sign of progress.

"Decades of secrecy and institutional denial should give us reason for skepticism about this, but I look forward to seeing whether this will really be a significant step in the direction of transparency," Futterman said. "This really has the potential to mark a new day in Chicago."

In some cities, such as Seattle, nearly all police video is posted online almost immediately. But elsewhere around the country, the public often must wait months or years to gain access to the videos. In some places, the video is never released.

The Chicago police union opposed the release, saying in many cases the videos don't tell the full story. Dean Angelo, president of the Fraternal Order of Police, Chicago Lodge #7, said some of the incidents occurred up to five years ago, and in some cases the officers involved still haven't been interviewed by investigators. Some of the videos are only partial clips of what happened, and don't include audio.

"The concern is they're putting this out there, and (the officers') kids and neighbors are going to see it, and we're not getting the entire incident," Angelo said.

He believes the release is IPRA's attempt to deflect attention from the poor job it does investigating cases, noting that the civilians handling investigations of police-involved shootings have only a fraction of the training that's required and the cases often drag on for years.

"They want to give the appearance that they're doing all this wonderful, transparent stuff," Angelo said.