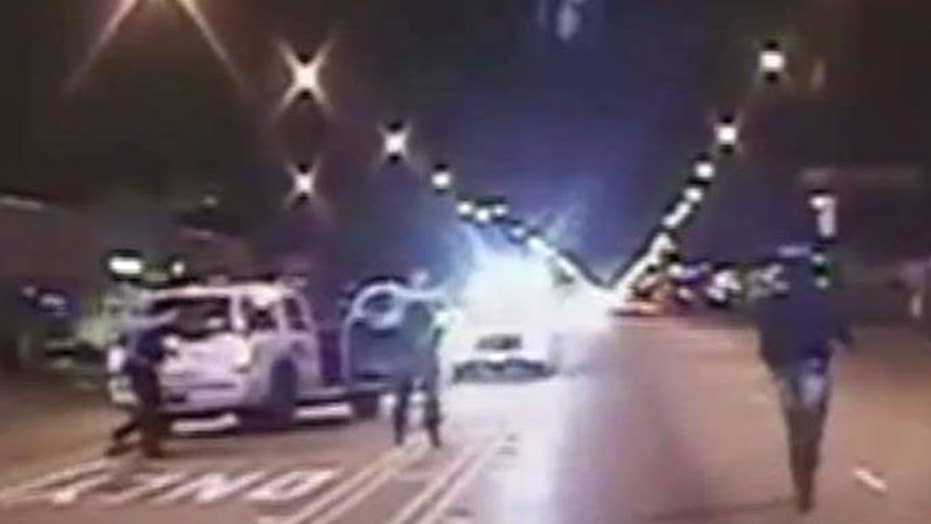 The administration of Chicago Mayor Rahm Emanuel and members of the so-called independent review board that determines whether shootings by city police are justified coordinated their response to the shooting of a black teenager by a white officer in 2014, newly released emails show.

The messages, released Thursday, clearly indicate that Emanuel's advisers knew within months that the case could be politically explosive.

Thousands of emails were released in response to open-records requests from The Associated Press and other media regarding 17-year-old Laquan McDonald, who was killed in October 2014 after being shot 16 times. Few communications from Emanuel's staff mention the mayor directly — though several refer to him by the acronym "MRE."

A video of the officer shooting McDonald — which was not made public until more than a year later, on Nov. 24 — led to protests and repeated calls for Emanuel to resign. The officer, Jason Van Dyke, has been charged with murder and pleaded not guilty this week at his arraignment.

Emanuel has denied ever seeing the video prior to its release, a contention many activists have said they do not believe. The emails do not appear to contradict Emanuel's claim, though they show how City Hall grew increasingly concerned that the video could pose a major public-relations problem.

In early December 2014, Scott Ando, head of the Independent Police Review Authority — publicly touted by the mayor as uniquely independent in its probes of police shootings — singled out the case. He sent an email to the mayor's deputy chief of staff, Janey Rountree, with a link to a website that raised questions about police accounts of the shooting.

Emanuel spokesman Adam Collins sent a flurry of emails about media inquiries into video of the shooting. His subject line on a Dec. 10, 2014, email to fellow Emanuel staffers included the headline in one Chicago newspaper: "If Chicago police have video of teen shooting, let's see it: advocates."

The risk that a publicly released video could blow up not just locally but also nationally was made by lawyers from McDonald's family, who reached out to the city about a settlement in early 2015, just over a month before Emanuel's re-election.

Although none of the correspondence directly addressed Emanuel, in a letter on March 6 — after the family's lawyers saw the video — attorney Jeffrey J. Neslund told city lawyers that the footage would reflect badly on the city.

"I submit the graphic dash cam video will have a powerful impact on any jury and the Chicago community as a whole," he wrote. "This case will undoubtedly bring a microscope of national attention to the shooting itself as well as the city's pattern, practice and procedures in rubber-stamping fatal police shootings of African Americans as 'justified.'"

He demanded $16 million. The two sides eventually settled on $5 million, a deal approved by the city council shortly after Emanuel won a second term.

Though the Independent Police Review Authority, or IPRA, is supposed to maintain a distance from police and the mayor's office, a March 11 email from Ando asks about forwarding witness interview transcripts to the law department "for their use in settlement negotiations with" the McDonald family.

In May, Collins cautioned IPRA spokesman Larry Merritt to "tread lightly" when a reporter asked for an IPRA interview about the case.

"Can anyone do an interview? I think we need to accept some of these opportunities," Merritt wrote in a May 26 email to top Emanuel aides and Ando. "These stories are getting done with or without us."

Collins responded: "I completely agree that we need to engage more, but if their focus is on specifics (sic) investigations we should tread very lightly. This is about Laquan McDonald and we should not do interviews about open investigations."

Also in May, Collins complained to colleagues that IPRA did not follow his recommendation on how to respond to a TV station about McDonald.

Days before the video's release, Collins wrote to police and law department representatives urging them to speak with "one voice" on the topic.

Emanuel and Chicago police have been under heavy scrutiny since the city, under court order, released the squad-car video. McDonald, who was carrying a folded 3-inch knife, is seen veering away from officer Jason Van Dyke in the video before the officer starts firing.

Months before the video was made public, Emanuel's administration was well aware of growing outrage about the case. In a late July email exchange, top Emanuel aides worried about the perception of a cover-up and noted recent news stories.

"As you might imagine, the timing and details discussed in the Sun-Times article and growing interest in the McDonald incident has not worked in our favor, and is helping to 'stir the pot,'" Emanuel aide Vance Henry wrote.

By October, Henry noted organizing by community groups around the McDonald case and the fatal shooting of 22-year-old Rekia Boyd by another Chicago officer. He suggested in an Oct. 11 email that officials would be "smart to act timely and strategically" in both cases.

The release of the video forced the resignation of Police Superintendent Garry McCarthy and led to an ongoing civil rights investigation of the entire Chicago Police Department by the U.S. Department of Justice.

The city released the emails less than a week after police fatally shot two other people: 55-year-old Bettie Jones, who authorities said was killed accidentally, and 19-year-old Quintonio LeGrier, who police said was being "combative." Both were black.