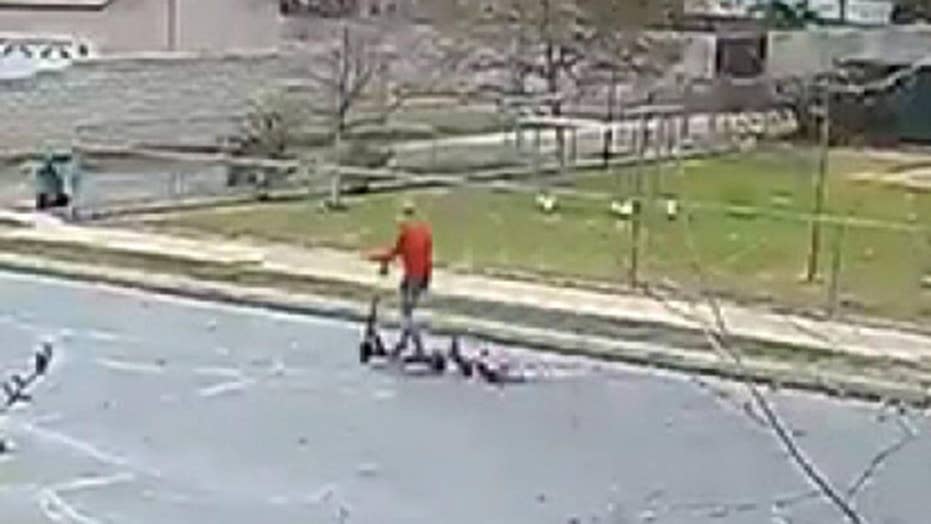 Disturbing Video: Home security system captured video of the dog being dragged behind an electric scooter

A woman in California was charged with animal abuse after surveillance video caught her allegedly dragging a dog while she rode on an electric scooter.

Elaine Rosa allegedly dragged the small animal by its leash through a Bakersfield neighborhood on Jan. 6. A passerby, Brandon Sanders, took to Facebook to detail what he said he witnessed while riding his bike in the area.

"The dog was on its side and we watched it being drug at least 100 yards and there’s no telling how long she had been dragging it for before we saw her," Sanders wrote, adding the dog was being pulled at roughly 15 mph.

"You can see that its paws are all completely bloody," he continued. "I was unable to get a good picture of the poor dogs side."

Sanders said he called the Bakersfield Police Department, and followed Rosa back to her apartment. He claimed he told her, "Shit happens, just like with kids," in response to the alleged incident.

Rosa was identified as the woman in the video in a press release from the Kern County District Attorney's Office. She was charged with one felony count of animal abuse and one misdemeanor count of failing to provide animal care for her alleged role in the case.

Police confirmed to Fox News last month that the dog, identified by the district attorney as "Zebra," was taken by animal control officers, was treated for injuries and is expected to survive.