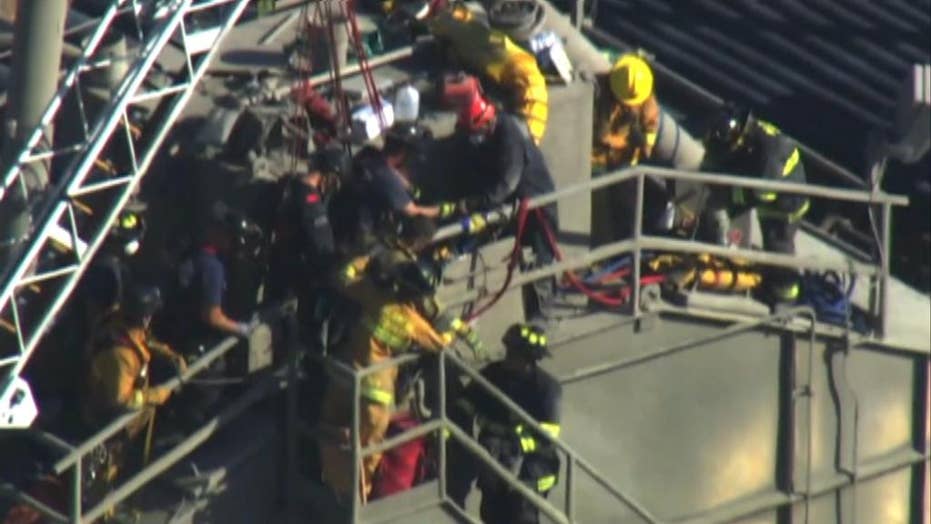 Firefighters in California work to rescue a man who is stuck in a large hopper of dry cement.

Firefighters in California on Thursday night rescued a man after he became trapped in a cement mixer for hours.

A supervisor at U.S. Pipe in Union City was looking into a concrete hopper silo when he lost his balance and fell into it, a worker told Fox 2 KTVU.

The Alameda County Fire Department said first responders performed a "technical rescue" to pull the man out of the hopper.

"He's been secured w/ a harness to prevent him from sinking deeper & crews are draining product from the bottom of the hopper to alleviate the dry cement from around the patient," the department tweeted.