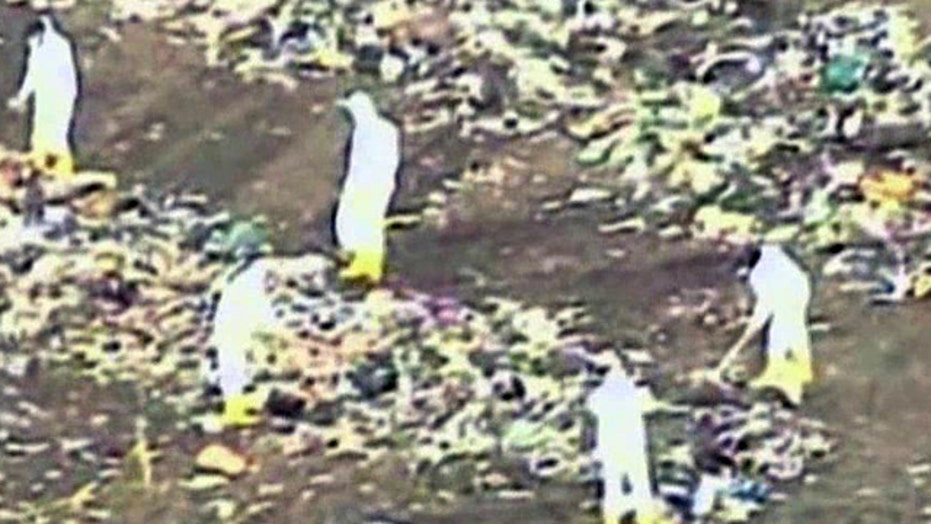 The Boston Marathon bombing suspect is being held in a small cell with a steel door at a federal medical detention center about 40 miles outside the city, a federal official said Saturday.

Federal Medical Center Devens spokesman John Collauti described the conditions under which 19-year-old Dzhokhar Tsarnaev was being held in the Ayer facility after being moved there from a hospital Friday.

Tsarnaev was injured during a police chase Thursday in which his brother, also a suspect in the bombing, was fatally wounded.

Collauti said in a telephone interview with The Associated Press that Tsarnaev is in secure housing where authorities can monitor him. His cell has a solid steel door with an observation window and a slot for passing food and medication.

Also, inmates in the more restrictive section do not have access to TVs or radios, but can read books and other materials, he said.

"Really this type of facility is fully capable of handling him and it's not that much of an inconvenience because it's more or less business as usual," Collauti said.

Tsarnaev's mother said the bombing allegations against her son are lies.

Meanwhile, Rep. Jason Chaffetz on Friday said he's not convinced the two brothers suspected in the Boston Marathon bombings acted alone and suggested they may be part of a broader plot.

The Utah Republican, a member of the Homeland Security Committee, urged investigators to look into whether the suspects were part of a larger terror network.

"I don't think it's necessarily just two kids who watched some YouTube videos and went awry and decided to do this mayhem," Chaffetz said on C-SPAN's "Washington Journal" program. "No, I worry that they were radicalized in a way that others may have also been radicalized."

Chaffetz described the suspects -- Tamerlan Tsarnaev, who is dead, and his brother -- as "punks."

Investigators have said it appears the brothers were not part of a terrorist organization and were angry about the U.S. wars in Afghanistan and Iraq.

Investigators said while Tamerlan Tsarnaev had traveled to Russia, they have found no evidence he received guidance there leading to the bombings.

The two are accused of planting two shrapnel-packed pressure-cooker bombs that killed three people and wounded more than 260 at the finish line of the April 15 road race.

Chaffetz said Homeland Security Committee members have received classified briefings on the case and he's not alone in questioning whether the suspects had help.

"There are also lots of us that aren't convinced this is just an isolated case," he said. "One of the things that concerns me is right at the very beginning, the officials quickly said, `Oh, this is an isolated case."'

Chaffetz said he expects Congress to closely examine how the investigation into the bombings has been handled and hearings could start as soon as next month.