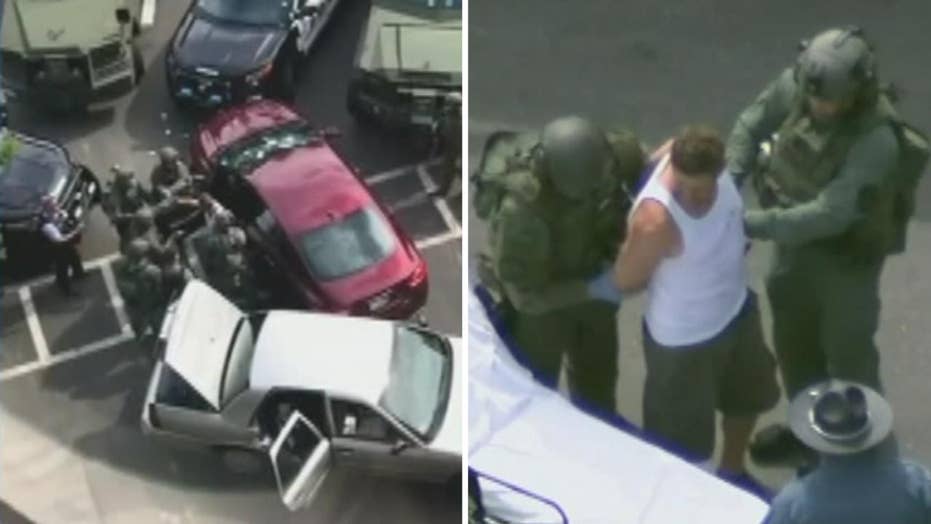 MEDFORD, Mass. – A 38-year-old man was taken into custody Monday after a standoff in the parking lot of a Medford office building.

Police were first called to 1 Cabot Road around 1:30 p.m. Monday for reports of a man driving slowly through the parking lot with several "edged weapons."

The complex is home to radio station KISS 108, and according to witnesses the man was there to request a song called "My Axe" by Insane Clown Posse.

“He originally came here to request a song by ICP, a song called 'Axe.' And he brought an ax himself, that was one of the first things I saw when I came out here, he threw an ax on the ground outside his vehicle, one of the police officers confiscated it,” witness Greg Gross said.

When officers first arrived, the man refused to stop, and continued around the parking lot while dropping edged weapons out of the window. A police officer said it did not appear as if the suspect was throwing them at anyone in a deliberate manner.

Around 4:30 p.m. police used a TASER and bean bag gun to try to subdue the suspect before a SWAT team took him into custody.