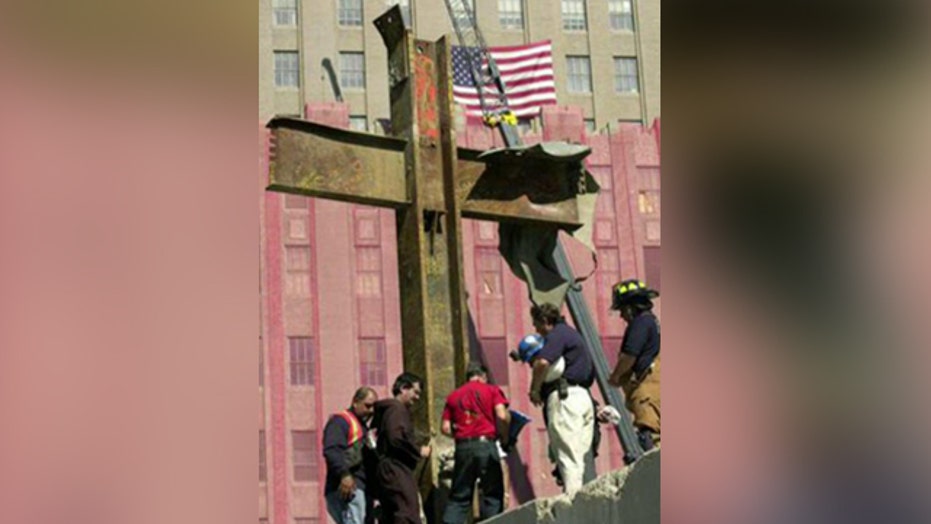 Atheists are trying to oust the “Miracle Cross” from the 9/11 museum, arguing that its inclusion would violate the Constitution’s separation of church and state.

But Eric Baxster of the Becket Fund for Religious Liberty told MyFoxNY that the cross is part of the story of 9/11 and that museums don't censor history.

“They tell history as it happened,” Baxster said.

The 17-foot cross-shaped beam was discovered in the devastation at Ground Zero and became a symbol of comfort and hope after the horrific terrorist attack.

But the group American Atheists says the cross is a part of religious history and is challenging its inclusion in the new National Sept. 11 Memorial and Museum which opens in May.

The group said the cross should not be in a museum that is on Port Authority property and financed by taxpayers.

In arguments before the U.S. Court of Appeals in Manhattan, American Atheists' lawyer Edwin Kagin said his organization is seeking a similar object to be displayed at the museum, something like a plaque that would say “atheists died here, too,” the Religion News Service reported.

“We’re arguing for equal treatment in some way, whatever that might be,” Kagin said after the hearing.

The museum's lawyer, Mark Alcott, told the court that rescue workers took comfort in the cross and they prayed to it as a religious object.

“But there is a difference between displaying an artifact of historical significance and saying we want you [the public] to bless it -- museum-goers understand that distinction” he said, according to London's Telegraph newspaper.

The newspaper said Judge Reena Raggi appeared skeptical of the claims by the atheist group.

“There are countless cases of museums including religious artifacts among their exhibits and it’s going to be described in a way that talks about the history of the object, what is the problem here?” she said. “An argument has been made that you are trying to censor history.”

Construction worker Frank Silecchia discovered the beam in the smoldering wreckage of the World Trade Center towers. He told the “Today” show that the cross comforted him, and it soon became a rallying point for first responders, according to Religion News Service.

“I was already working 12 hours. I was quite weary and the cross comforted me,” Silecchia said. “I never stood here before any media and said it’s about religion. But I say it’s about faith — the faith that was crushed on 9/11.”

The cross will be part of a display that includes 1,000 artifacts in a 100,000-square-foot underground museum.

The appeals court is expected to make a decision in several months.