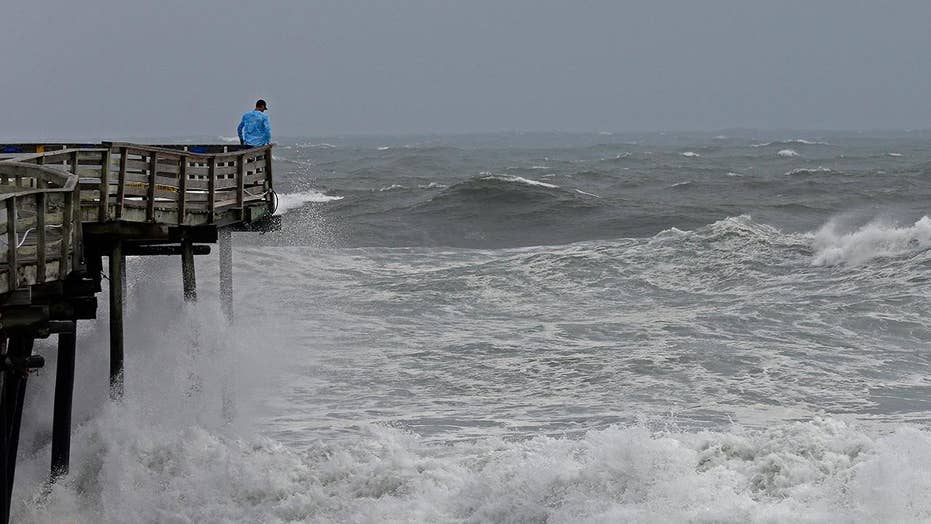 Hurricane Florence slows to a crawl as it approaches coast

A "moving" video taken at a private Christian school in North Carolina ahead of Hurricane Florence has gone viral.

Paris Verme, a cook at Wayne Christian School in Goldsboro, shot video of students performing “Eye of the Storm” by Christian singer Ryan Stevenson on Tuesday and posted it on her Facebook page.

“In the eye of the storm/ You remain in control/ And in the middle of the war/ You guard my soul,” are just some of the lyrics the students are heard singing.

As of Thursday evening, the video was viewed 1.6 million times. The clip also received more than 1,600 comments and 29,000 shares.

Verme, who says her four children also go to the school, told Fox News about her decision to share the footage.

“I simply posted the video so the Wayne Christian family that wasn’t there to witness it could see what the kids had done that morning because it was so moving,” she said.

She added, “I never thought in a million years it would have touched over 1.3 million people!!!  It's all God's work, he just used me to help!”

The clip also received the attention of Stevenson himself, who shared it on his Facebook page.

“As Im preparing to head to Virginia to begin my "Eye of the Storm Tour", I came across this post today...” he wrote in part.  “I'm so moved to see this entire school preparing for the hurricane; praying for others! Beyond humbled to play any role in spreading hope & comfort to people experiencing hardship! My thoughts and prayers with everyone in the path of Florence!”